Long-time readers of TMINE will know that I’m not a fan of procedurals. No matter how good they are, their episodic nature and the fact that they’re basically all the same as each other and from episode to episode means I just can’t be bothered to watch them.

Oddly, though, I think Magnum P.I. is a keeper. Maybe it’s because the private investigator procedural hasn’t really been done since the 80s – or at least done well, Terriers and Private Eyes – that Magnum seems like a breath of fresh air in comparison to the relentless cops/FBI/medical formats we’ve been deluged with for more than a decade.

Indeed, Magnum P.I. is a real 80s throwback that’s highly faithful to the original, just with 35 years of modern TV sensibilities added to it. The show has maintained all the original’s plot: former navy intelligence officer settles down in Hawaii to become a private investigator with the help of some old war buddies, the patronage of a rich author and the occasional snooty assistance of an English estate manager. Then it’s twisted it a bit to add some diversity – Higgins is now a woman, Magnum is Latino and there are some Asian and native Hawaiian actors in the supporting cast. It’s also added a few more stunts. But other than that, it’s basically the same show.

And I like it. I like the fact that although there’s a military background to the show that’s occasionally used, it’s not just “war guys do war things on civvy streets”. I like the fact it’s a private detective show in which a private detective does relatively low key things, sometimes a bit dodgily, usually by drawing on the assistance of various pals with different skills, for which he has to negotiate, rather than pull rank. I like the fact he does actually do some investigating, rather than simply get all the answers from a magic crime lab. I like that the crimes he investigates are chasing down stolen tuna fish and checking the background of someone’s wife, rather than always having to stop the next terrorist incident that threatens the whole of the US. 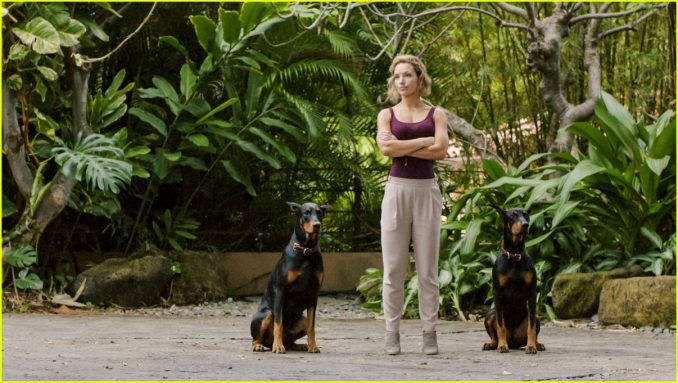 But I also like the fact it’s not 100% 80s. Rather than this being the Magnum show, in which Magnum spends all his time by himself and the current guest star, it’s more of a two-hander. Rick and TC are still in there, but this is basically the Magnum and Higgins show, with the two of them investigating and solving cases together. The same combative/friendly relationship is still there, but having a male/female PI pairing works well (cf Tucker’s Witch – shut up, Private Eyes) and is relatively realistically handled. And while Perdita Weeks is lumbered with a slightly stereotypical posh girl role, she does manage to make Higgins likeable and properly English (points for “football” rather than “soccer”, points off for making her say “automobile” instead of “car”, mind).

Unusually, the show decided to wait until episode three before altering its format slightly. While episode one was marred by Fast and Furious director Justin Lin’s fondness for stupid CGI car stunts, episode two’s only tweak was to lose the CGI and keep the car stunts. But episode three acknowledged that being set on Hawaii, the show should probably have some Asian or native Hawaiian cast members, so has added Tim Kang (The Mentalist) as a police detective and Amy Hill (UnREAL) as the Hawaiian heritage curator of Robin Masters’ estate.

The additions do actually work and Hill’s presence should be a big clue that the show is also quite funny, as should the fact that Magnum’s biggest PI rival on the island is Ken Jeong (The Hangover, Community, Dr Ken). Although there is a seriousness to it, as there was with the original, it’s not po-faced and a lot of it is enjoyable to watch not because of the action but because of the camaraderie and the jokes.

With Lin gone, though, the action is actually pretty decent, too, with a rooftop chase scene in the third episode showing directorial nous almost on a par with Kathryn Bigelow’s famous Point Break scene.

If Will and Grace was an exemplar of how to bring back a classic comedy show and update it for modern sensibilities, while still remaining faithful to the original, Magnum P.I. is its partner in crime when it comes to procedurals. It’s a really enjoyable, frothy, funny, sometimes serious, sometimes exciting show with a good cast that will help you get through a bucket of popcorn every week. The supporting cast are its weak link and need more to do, but otherwise I couldn’t be happier with this one, now it’s settled down. 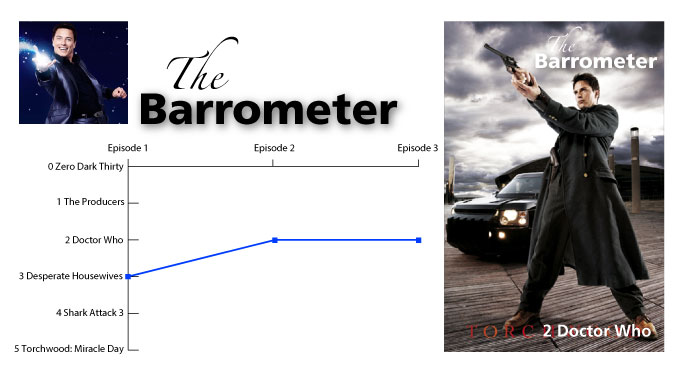