TMINE’s about to take its traditional Christmas and New Year break. Normal business will resume on January 2nd with the Daily News et al.

But as usual, I’ll leave you with a specific question to keep you occupied in my absence: what were your favourite new shows of the year? Let everyone know your choices and the reasons below or on your own blog – or even on the shiny new TMINE Facebook page.

For the record, after the jump are my Top 14 shows from all over the world, in no particular order. Obviously, I’ve not watched every TV programme broadcast or acquired in the UK this year and I barely watched any live TV, so there are almost certainly some good shows that that I’ve left off the list – this is just the top “would recommend to a friend” shows of the ones I watched in 2017.

The Day Today-level hilarious early morning breakfast show spoof, in which a pair of smart feminists (‘the two Kates’) try to deal with the inanities of patriarchal, capitalist live TV, as well as their own fraying friendship. You have to keep your eyes peeled, since there are jokes even in the background set.

Initially ordinary but funny take on life as an overseas student in an Australian university by Daily Show correspondent Ronny Chieng becomes mid-season an hilarious update to Spaced.

Based on the Elliot Perlman novel of the same name, Seven Types of Ambiguity sees a young boy abducted from school, only for him to be found relatively quickly by the police. Oddly, he’s unharmed and turns out to have been taken by the ex-boyfriend of the boy’s mother; in turn, his potential accomplice turns out to have a connection to the boy’s father. Why did he abduct the child? Was the mother secretly having an affair with him? Was he stalking her for revenge? Or was there some other motivation altogether?

Over the course of the season of six episodes, the series follows the action from the points of view of various characters, each episode focusing on a different one and offering different versions and viewpoints on events.

The shifting nature of truth mean that although there are hints (and red herrings) in each episode as to what happened, it’s not until the end that you’re ever ultimately in a place to find out a version of the truth that fits the facts. And actually, while it’s unexpected and initially implausible, that truth does eventually get earned; it also largely only feels implausible because it’s nice. Indeed, while the conclusion is open-ended, oddly it’s hopeful for all the characters, whose lives have all been changed largely for the better by the incident.

One of the first examples of the emerging ‘Canadian Noir’ genre, Cardinal is based on the first of Giles Blunt’s six ‘John Cardinal Mysteries’, Forty Words For Sorrow. It stars Billy Campbell as the eponymous Cardinal, a Canadian police detective in the fictional Algonquin Bay, who investigates the disappearance of a young girl. Unable to find her, he goes off the rails and is demoted, but a year later, the body of the girl turns up and he is reassigned to what is now a murder case, working alongside new Québécoise recruit Karine Vanasse.

Beautifully shot in the Ontario winter, this is clearly a Canadian show with Canadian concerns. The police are obviously Canadians, not Americans in disguise, right down to the RCMPs. Vanasse not only is allowed to keep her accent, she is actually playing a Québécoise rather than a French woman for a change. The missing girl is a First Nation child and some of the first episode is dedicated to whether she receive a traditional First Nation or a Christian funeral or not.

While later episodes seem more pedestrian, they’re lifted by director Podz’s stupendous efforts, including a phenomenal single-take pursuit through some dark corridors. However, the end brings everything together and shows you how the pieces all fit. 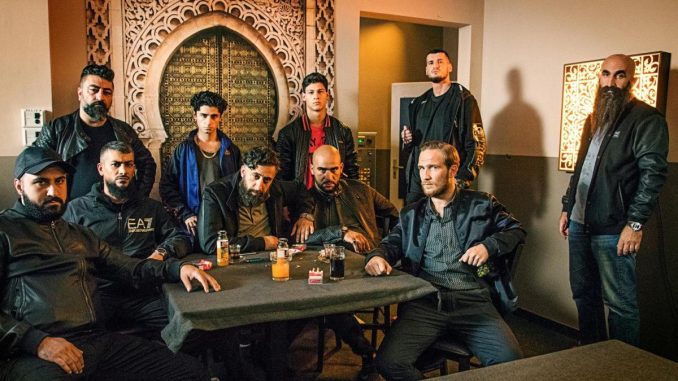 Germany’s answer to The Wire, in which Lebanese-German immigrant gangster Toni Hamady runs ‘four blocks’ in the Neukölln district of Berlin. But Toni wants to go legit and hand everything over to his brother Abbas and brother-in-law Latif.

Will he be able to escape the drugs trade or is the system as incapable of change as Baltimore’s? Will white-supremacist biker gang the Cthulhus take advantage of his perceived weakness? Will the (potentially corrupt) cops do anything to get him behind bars? What will happen when Latif is arrested? And why is old pal Vince suddenly back on the scene?

Genuinely multi-layered, gritty, smart and with a lot to say about German laws, 4 Blocks is as good as anything you’ll see on HBO.

However, as the deaths begin to mount up, it soon becomes clear that the pornographers have connections to more dangerous people. On top of that, there’s a revolutionary band of Poles and Russians in town (the Fourth International), about whom the Bolsheviks, now led by Stalin, might have something to say, too. Needless to say, Bruch is on the case, even if it takes him to those debauched nightclubs you might have heard so much about…

A beautiful piece of ‘temporal tourism’, the show largely enables to viewer to see the highs and lows of interwar Germany, as well as the social and political climate of the town that would ultimately lead to the rise of the Nazi party. As a Krimi, it’s a slow build that ultimately reveals all at the end of the season – and it’s well worth waiting for.

Five seemingly ordinary Israeli TV citizens turn on their TVs one morning to see their passports plastered all over the news. Unfortunately for them, the Russian government has fingered them as Mossad agents responsible for the abduction of Iran’s minister of defence.

The question is did they do it, will people, including their loved ones, believe them when they say they didn’t do it and how does it affect them?

A properly exciting spy show with a real human side, the twists and turns at the end don’t quite work, but it’s great watching them all the same. 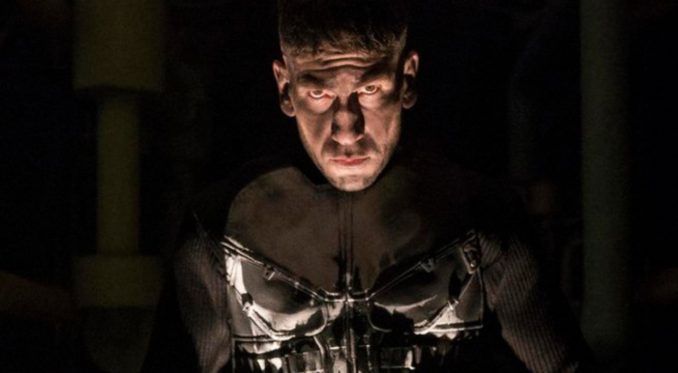 What looked like it would be just an excuse for a bit of ultraviolence instead saw one of Marvel Comics’ classic characters become a musing on white working class men, family and the nature of friendship.

If you can take the enormous run-time and enjoy the genre, I’d recommend Marvel’s The Punisher as a bit of intelligent, semi-realistic and exciting viewing. The question is: is that what you want from a show about The Punisher?

Spin-off from The Good Wife that not only shows how good good US procedurals can be, but is one of the first to address the effects of Donald Trump, the alt-right and more on modern US life.

Chilling adaptation of the equally chilling Margaret Attwood novel that sees an increasingly infertile America taken over by a misogynistic Christian sect and the few fertile women forced to work as brood mare ‘handmaids’ for the rich and powerful.

The show that put Hulu properly on the map for the first time, it’s one of the few science-fiction shows that speaks more to women than men.

Just when you thought you’d had enough of superhero shows, Noah Hawley shows you that there’s oodles of life left in them if you know where to look. Part of the X-Men universe, Legion is a visually stunning, psychedelic affair involving everything from dream sequences to dance numbers, where anyone and anything can be imaginary and anything imaginary can become real. Genuinely one of the most exciting shows of the year.

We follow one man’s life, in the 1990s, in the modern day and in the distant future, seeing how events can be connected, inform one another and pay off years afterwards. Despite airing on CBS, a genuinely lovely piece, albeit one light on jokes.

David Lynch returned to his seminal soap opera/drama 25 years after it ended to show us what a real auteur can do when left to his own devices. Offering some of the most visually arresting and amazing scenes ever put on TV (including the now famous episode 8), Twin Peaks had very little to do with the original, made only ‘dream’ sense, meandered through some very odd places but never bored and ultimately will stand the test of time as one of the great shows of TV history. I doubt there’ll ever be anything quite like it again, unless Lynch decides to return to it at some point. 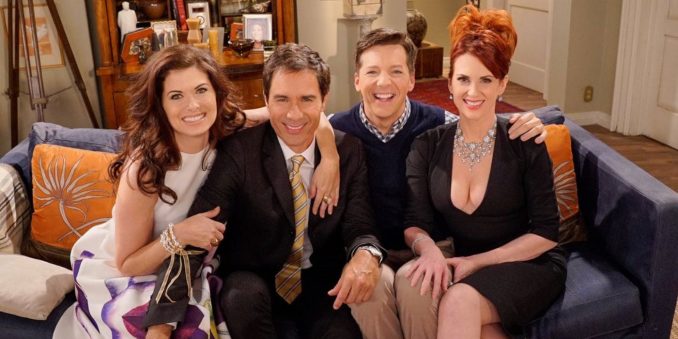 Surprisingly good return after 10 years to the pioneering comedy classic. Smart, pointed, not afraid of pointing out that everyone’s much older and times have changed, it’s also a lot nicer than the barbed original.

What have you been watching? Including Frankie Drake and Babylon Berlin

When’s that show you mentioned starting, TMINE? Including Valor, Babylon Berlin and The Sinner

Every Friday, TMINE lets you know the latest announcements about when new imported TV shows will finally be arriving on UK screens – assuming anyone’s bought anything, of course So I missed a premiere date. Sorry about […]

What have you been watching? Including Knightfall, Travelers, No Activity and Mr Robot

It’s “What have you been watching?”, your chance to recommend anything you’ve been watching this week So much TV, so little time, particularly if you’re stranded in Germany, queuing for three hours to arrange a […]