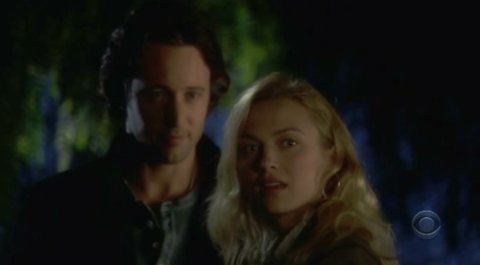 Ooh look: it’s another season finale forced by the writers’ strike. How not at all surprising.

More surprising is that I’m still writing about Moonlight.

As you might recall, I gave the first episode of the show, which was absolutely appalling, a somewhat scathing review. But miracles do happen and Moonlight had improved sufficiently over the next few episodes for me to pass a fifth– rather than a third-episode verdict.

I still wasn’t that impressed though.

But I stuck with it, mainly because I felt sorry for Sophia Myles being stuck over in the US while David Tennant was breaking up with her. And while I wouldn’t say the show improved drastically, it has still continued to moderately entertain and surprise over the course of its season.

END_OF_DOCUMENT_TOKEN_TO_BE_REPLACED 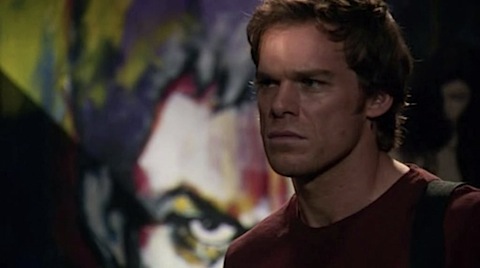 Of all the books and of all the networks to adapt them, Darkly Dreaming Dexter and Showtime seemed the combination least likely to produce decent television. Darkly Dreaming Dexter is pretty rubbish, a piece of poorly written slasher fiction about a serial killer who improbably only kills other bad people. Showtime, in turn, was synonymous with nothing at all apart from not being HBO, the cable home of quality shows like The Wire.

Yet Dexter turned out to be one of the best shows of last year. Clever, well written, well directed, tense, unpredictable and with an incredible performance by Michael C Hall, it and other shows have now made HBO look like the also-rans and Showtime the home of quality, edgy TV.

So hopes were high for season two. Could the producers who had made this break-out hit strike again and maintain the quality after such a strong opening?

Fortunately, it turned out to be even better.

END_OF_DOCUMENT_TOKEN_TO_BE_REPLACED 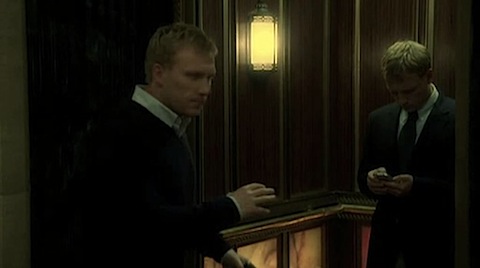 Journeyman, however, subject to the great gods of NBC deciding otherwise, has passed on to TV heaven, although it has left this proper – and really rather good – finale behind.

END_OF_DOCUMENT_TOKEN_TO_BE_REPLACED 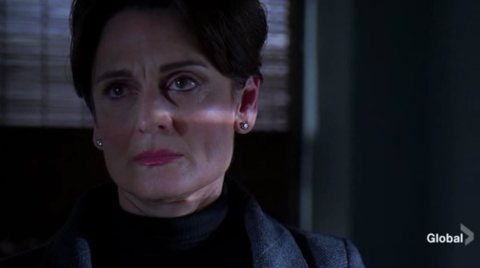 That last point is very useful because I did have visions of a spoiler-free review of this finale for UK viewers that basically went along the lines of “some stuff happened involving some people”. As it is, I’ve had to use this generic picture from the finale (is she alive? I“m not saying, but remember time travel, etc are all possible in Heroes, so assume nothing, UK viewers) to avoid any real spoilers. Fingers-crossed, I won’t be spoiling anyone when I get down to the details.

Brace yourselves: we’re going in…

END_OF_DOCUMENT_TOKEN_TO_BE_REPLACED 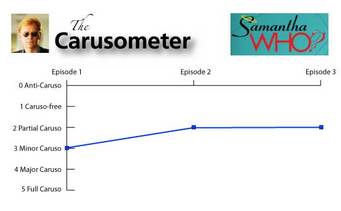 So, on the one hand, I like Christina Applegate, I like chick-lit (within reason) and I like tales of redemptive amnesia. On the other, I’m not especially wowed by Samantha Who?, a Christina Applegate vehicle that mixes romance, shoe addiction, bitchy friends, a man to be re-won, female failings, female strengths and comedy.

I can’t seem to work out why that is. Despite losing some of its ‘sitcom-ness’ since the first episode, making it a better watch altogether, it’s still not grabbing me. The characters are only okay, since they’re not especially well drawn. Most of the cast are hamming it up, too. But the scripts have some good lines and the plots are pretty good, although occasionally veer towards cringe comedy when they shouldn’t.

Maybe my oestrogen level isn’t high enough, but as much as like Samantha Who? in theory, in practice, it’s just not coming together for me. It is, to quote the great Joey, ‘gentle comedy’. Nothing belly-shaking, just smile-raising.

On the other hand, it would be quite good if it considered itself a romance with comedic moments, rather than an American Bridget Jones. If it ups its game and gets funnier or more romantic, that would just be peachy, too.

At the moment though, The Medium is Not Enough declares Samantha Who? a two or ‘Partial Caruso’ on The Carusometer quality scale. A Partial Caruso corresponds to “a show with two walk-on cameos by David Caruso as the boyfriend of an amnesiac. However, the producers fire him after he claims he would never have gone out with his on-screen girlfriend because he ‘can see from her face that she’s a thinker’.”