In the US: Tuesdays, 9/8c, The CW
In the UK: Tuesdays on Netflix

Three episodes into Black Lightning and its starting to find its feet. Starting – it’s not quite there yet.

The CW’s latest superhero show, its main point of innovation is that it features a middle-aged, retired superhero, rather than one who’s just got his origin story on. Said superhero (Cress Williams) is lured back onto the streets, ten years after he hung up his suit, when gang warfare gets bad enough that his now-teenage daughters are caught in the crossfire.

Episode 1 established everything, introduced us to the characters, and generally nicked as much as it could from Luke Cage, filed off all the serial numbers, then pretended they were its own, leading to numerous discussions about what a civic-minded black man needs to do to stand up for his community and family, while not getting shot by the police.

All of which was well and good in the first episode of a superhero show, but by episode two, we were still standing around talking, wondering whether ‘Black Lightning’ should come out of retirement. Again. It didn’t help that the gangs acted and talked like they were from a 70s Blaxploitation movie, almost to the point of the show itself being racist.

For unfathomable, plot-slowing reasons Black Lightning still isn’t properly out of retirement by episode three, although the show almost breathes a sigh of relief when he finally shows up again, since he enlivens the proceedings no end. Fortunately, though, this time we’re not relying for drama on frequent meetings with church leaders to discuss the morality of inaction. Instead, we also have Black Lightning’s elder daughter, who turns out to have inherited not just his alter-ego’s tedious moralising aspects as well, but certain genes, too. Running side by side with Black Lightning’s ‘Mr Incredible’-style return to form, we also get to have her origin story to bring some much needed enjoyment to proceedings.

On top of that, James Remar gets to play the Alfred of the piece, even going undercover in workman’s overalls – if Adam West had turned up with Bat Shark Repellent, I wouldn’t have been surprised.

Black Lightning has all the foundations of a fun, different superhero show. It’s got a good cast, often humorous dialogue and some relatively decent action scenes. It could do with a bigger budget, but that’s true of anything on The CW.

Unfortunately, hanging on its shoulders are so much politics that its weighed down at times to the point of being unwatchable. If it can find a balance between the two, it could enjoy the best of both worlds to become both escapist and relevant. If it can do that, it’ll be a keeper. 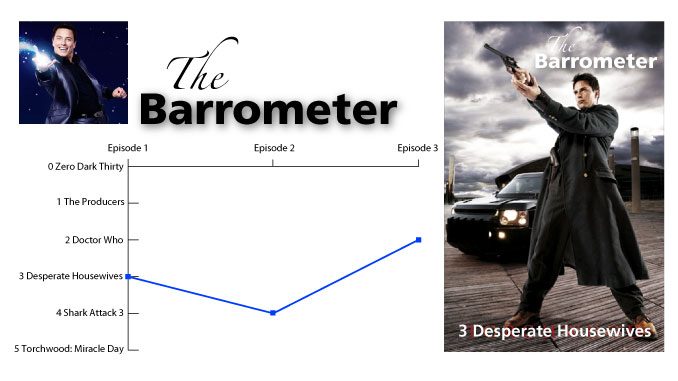