Surprisingly, it turns out there’s life in SEAL Team after all. CBS’s entry in this year’s military format skirmish, it sees David Boreanaz (Angel, Bones) playing the leader of a SEAL Team who go around shooting whichever people the CIA’s Jessica Paré (Mad Men) deems appropriate. Episode one saw them head off to Africa to kill one of those ‘high ranking ISIS commanders’ that are all the rage these days; episode two saw them head off to Syria to root out some chemical weapons; and now episode three has given us some SE Asian pirates to take on. Simultaneously, we follow the antics of a SEAL trainee (Max Thieriot) as he goes through training and selection.

What’s characterised SEAL Team are all the things you can usually count on from CBS in spades. The budgets are huge, storytelling is efficient and the dialogue is semi-authentic. On top of that, the direction’s first rate, if a little influenced by first-person shooters, with night shoots, night-vision shots, drone shots, body-mounted cameras, underwater shoots and more. And it’s intelligently written, not just knocked out through find-and-replacing names in old The Unit scripts, giving us professional people at all levels of command, and characters who can quote Tennessee Williams and intersectional gender studies without the writers feeling they need to explain it all to the audience.

It’s all been smart, very patriotic, reverential to the services… and bland. Because for all the acronyms, tension and efficient killing, actually caring about the characters has been difficult, since their backgrounds have been the same old, same old. Boreanaz has difficulty dealing with the death of one of his comrades in arms, his marriage is falling apart and he doesn’t think much of his therapy sessions with 24‘s Reiko Aylesworth. Thieriot has to cope with the fact his dad used to be a SEAL and wrote a book about it. But that’s as much characterisation or background as anyone had. It’s all been about the job. And the only real serial element of the show has been Thieriot’s training ordeals and the alternating progress and decline of Boreanaz’s marriage.

Fortunately, episode three moves things along a little. There’s a little more life to Boreanaz’s character than there was before and he starts to become more than a cypher. A new serial element gets injected into the show that is moderately interesting (spoiler: (spoiler alert) Boreanaz’s dead buddy had a burner phone for communicating with a woman who may have been his girlfriend – or perhaps something more nefarious, so Boreanaz is investigating with the help of his NSA-trained buddy/colleague). The action scenes, while still a bit too ‘Medal of Honor’, show variety. There’s even a bit of humour. It’s still all “Americans, probably women, are in trouble somewhere in the world – let’s go save them” but to a certain extent, that’s the nature of the beast.

And the winner is?

Oddly, ignoring the execrable Six, there’s no clear winner in the special forces shoot-out raging between the networks, although SEAL Team probably just edges it through simple competence of production and not constantly looking like it’s shot in Canada/LA. They’re all reasonably good, but none is great. Each has their strengths and weaknesses, each has its own USP and there’s not a huge overlap in what they’re doing.

So, if you like character relationships, a strong female lead and serial storytelling, you’ve got Valor. If you like special forces skulking around being spies, you’ve got The Brave. And if you want glossy verisimilitude and firefights, you’ve got SEAL Team. Take your pick! 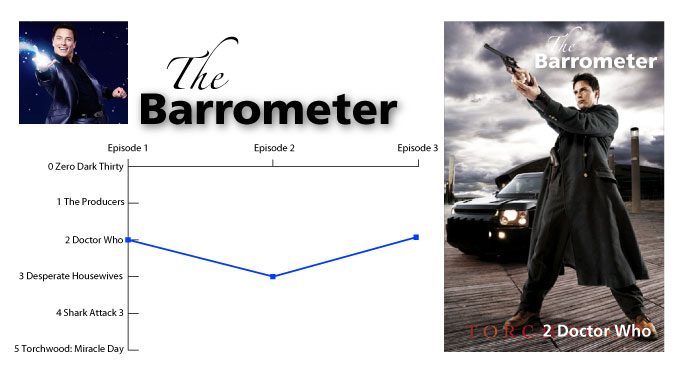