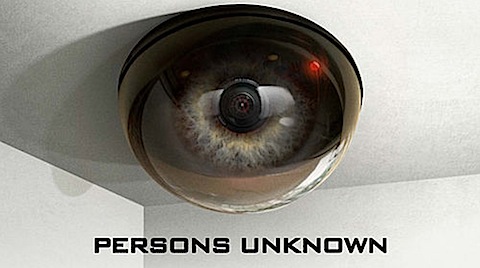 A little while ago, AMC and ITV1 remade The Prisoner. It was awful, so awful in fact that I gave up after three episodes and didn’t even bother reviewing it. Not only was it very dull, it entirely failed to understand the original’s paranoia and themes.

This is quite a common thing to happen: after all Cape Wrath/Meadowlands was pretty much The Prisoner but with criminals. So you might think that The Prisoner could never be remade well.

Fortunately, it seems someone did understand The Prisoner and although Persons Unknown isn’t exactly The Prisoner, Christopher McQuarrie (The Usual Suspects) has taken many of the elements that made the show work, and after crossing them with elements from computer adventure games, transplanted them into this summer mini-series.

So don’t stop me if you’ve heard this before: in Persons Unknown our heroine is gassed and abducted and wakes up to find herself in a quaint small town in America. The town is impossible to escape from, cameras are watching the whole time, and bar a couple of store owners – and some fellow prisoners – the town is entirely deserted. Mysteriously, no one knows why they’re there, only that they have to escape. But who can they trust and why do the people behind it all keep playing games with them?

Plot
From Academy Award-winning writer Christopher McQuarrie (“The Usual Suspects”) and executive producers Heather McQuarrie and Rémi Aubuchon comes “Persons Unknown,” a one-hour mystery drama in which a group of seven strangers must come together to solve the puzzle of their lives. All of them have been taken from their everyday lives and have arrived in a deserted town with no recollection of how they got there.

While being held hostage, the strangers are constantly watched by omnipresent “security” cameras with no idea who or what is behind them. Every attempt to leave is thwarted by unforeseen circumstances, which seem to derive from mysterious forces. At every turn, these strangers-turned-comrades are threatened physically, psychologically and emotionally.

Their chance at survival is to rely on each other. But who can they trust in this vulnerable state – either behind those cameras or amongst themselves? Their decisions will have moral and ethical consequences, as alliances are forged and relationships brokered.

Is it any good?
While it lacks the depth of The Prisoner and has a tendency towards the over-dramatic, it’s actually really good, which is surprising for one of those Fox Studios international co-prods (cf The Listener).

This is, as you might expect, a great big slow burn, each episode serving up equal measures of answers, questions, games, weirdness and more. In “the village”, we have our motley group of prisoners, with each episode depicting a week of their life in The Village, as they try to escape, work out why they’re there and get messed with by their abductors – while simultaneously trying to work out which of there fellow prisoners can be trusted.

The main focus of the show is Janet Cooper (Australian actress Daisy Betts), who has been trying to find the errant father of her daughter using a private detective. Seemingly when she gets too close, she gets abducted and dumped in The Village.

There she meets Joe Tucker (Jason Wiles), a mysterious guy who’s in the same boat as she is but reluctant to share any information with her. Together with a marine, the daughter of a US diplomat, a former psychiatric patient, a car salesman and Alan Ruck, each week they hatch a new plan to escape which always manages to fail.

Watching them at every step are the abductors, who have cameras and other high technology everywhere. The abductors like to mess with them: they leave them leave the prisoners three gas masks, for example, and then seal rooms and periodically gas them; or they’ll just leave a message for one prisoner telling them they can go if they kill one of the prisoners.

Part of the fun here is that any one of them could be working with the abductors or could be one of the abductors. Few of them prove trustworthy, most of them have lied about themselves at one point or the other, and they’ve almost all done their best to screw the others over at one point. The other fun is The Village itself, which does have that The Prisoner weirdness. There’s one store for groceries, a Chinese restaurant that’s only staffed at night. No matter what anyone does or breaks, somehow it’s all repaired over night. The only people they encounter, such as the night clerk at the hotel they’re all staying at, know nothing (or claim to know nothing), only knowing they’ve been hired to do a job and woke up in The Village one morning to do – something that apparently has happened to them before.

On the outside, a tabloid journalist who might have a connection to one of the prisoners is busily investigating Cooper’s mysterious disappearance and is threatened and attacked at every step of the way. Will he find Cooper or will he be killed trying? What do the abductors want? Why won’t they kill anyone? Why do they leave odd computer adventure-game style puzzles for the prisoners to solve (“OPEN BEDSIDE CABINET DRAWER”. Inside the drawer is a bible. “OPEN BIBLE”. Inside the bible is a key. “OPEN DOOR WITH KEY”)?

Although details are slow in coming, there are enough revelations each week to make you want to find out what happens, who everyone is and what they’re doing in The Village. The journalistic investigations are a bit less enjoyable, since the journalist is a bit of a weed and really should be dead by now. It’s also all a bit more preposterous than The Prisoner (which is saying something).

But for a Summer series, it’s surprisingly clever and enjoyable. One to tune in to – all questions will be answered by the 13th episode, they say. So actually not like The Prisoner at all.

Every month, TMINE lets you know what TV the BFI will be presenting at the South Bank in London Oh, I do love October-November. All the leaves, colours. And, of course, all the lovely TV […]

A new promo for The Prisoner

A new promo for AMC’s The Prisoner

Wednesday’s “it’s only a logo” news

The news for Wednesday 7th October 2009