Two acquisitions this week without premiere dates. The first is Hulu (US)’s Future Man, which has been picked up by Syfy. No big surprises there, other than that Syfy has started airing new TV shows again. I thought it had given up on that?

The other premiere-less acquisition, though, is FX’s Trust. What do you mean you thought that had already been acquired? Good remembering, gentle reader, because Sky had indeed acquired it for airing in Europe. However, for reasons best known to it, it’s decided it won’t bother in the UK and Germany, and now BBC Two has picked up the baton.

Otherwise, we know exactly when the rest are going to start, including a couple of Walters. No, not Walter’s. Walters – that’s my new name for shows that Walter Presents acquires but doesn’t reveal the premiere date until about two seconds before they’re going to be available.

Oh, Walter. Won’t you just stop waltering us with these Walters? 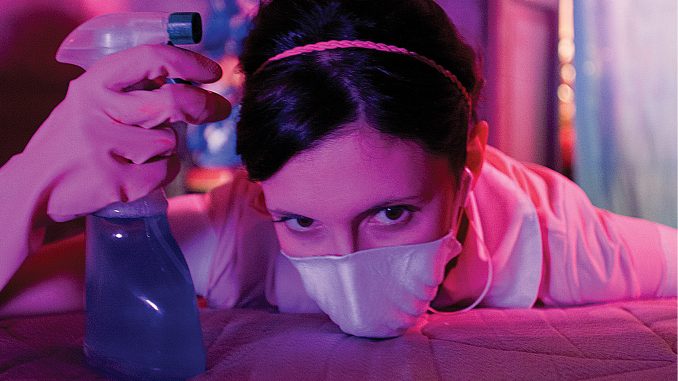 When a crooked manager at the local boxing club is murdered, the club’s cleaner, Rosa, is forced at gunpoint to clean up after the mafia-related hit. Scared for her life, but handsomely paid for her part in the crime, single mother Rosa uses her immaculate cleaning skills and, with no choice in the matter, begins to act as the regular “cleaning lady” for the gang. As the clandestine clean-ups increase and as she continues to struggle to provide a normal life for her ailing son Felipe, Rosa finds herself pulled deeper and deeper into the mafia.

Rio de Janeiro, 2010: Just as the Brazilian government launch a military-assisted siege on one of the city’s most notorious and criminally-controlled favelas, the identities of four undercover policemen operating in the slum are accidentally leaked. As violence mounts, the favela’s ruthless boss, Playboy, orders his men to hunt down those who have betrayed him. With their lives now at risk, the four undercover policemen stay low and do everything they can to stay alive. But while taking cover from the jungle of gunfire and warfare outside, they start to question if the traitor could in fact be amongst them…

That sounds suspiciously similar to a certain Indonesian movie I could name, doesn’t it? It might also be a movie, rather than a TV series, although I think it might be an extended version of the movie. You can guess I haven’t watched it. 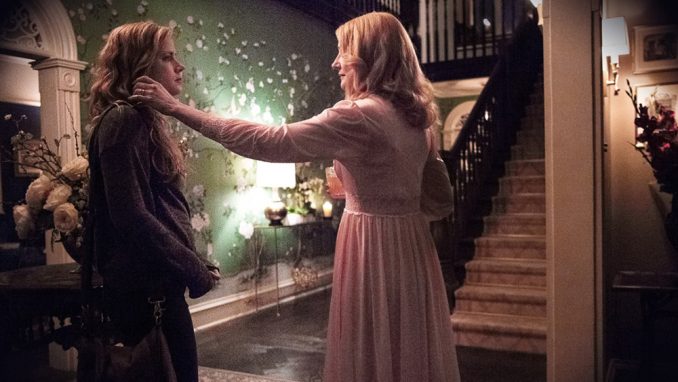 Based on the Gillian Flynn novel, Sharp Objects follows reporter Amy Adams, who returns to her small hometown to cover the murder of a preteen girl and the disappearance of another. Trying to put together a psychological puzzle from her past, she finds herself identifying with the young victims a bit too closely.

Haven’t seen it because it won’t start in the US until Monday July 9 at 2am UK time. Yep, it’s being simulcast.

Naff, long, not especially interesting adaptation of the classic Australian novel that also takes in the iconic movie and the final chapter to give us a somewhat supernatural thriller about the disappearance of some boarding school girls while they’re on a picnic and its effects on the townsfolk. While the quality of the original shines through, this is tonally all over the place and not very well directed.

Former hostage negotiator Sarah Shahi tries to redeem herself of guilt over past failures by rescuing people who are in comas because they’ve been using a brand new dream VR tech and fancy staying in the dreamworld rather than living in the miserable real world. Not the most ambitious of shows in any regard and one that stands a good chance of putting you to sleep.

At least once a month, Weekly Wonder Woman keeps you up to date on everything involving DC Comics’ premier superheroine

Yes, yes, “Weekly Wonder Woman” is stretching it a bit, given WWW has been quiet for about three weeks. But why break up a perfectly good piece of alliteration for the sake of accuracy, hey? Plus I’m here now. Let us never mention it again.

Anyway, lots of news, lots of comics. Let’s get down to it after the jump, since there’s way too much to have on the front page. Alluring, hey? Come with me. Come… come…

END_OF_DOCUMENT_TOKEN_TO_BE_REPLACED

So it turns out that season 2 of Marvel’s Luke Cage is 13 episodes, which makes my ambition to watch it all last weekend very ambitious indeed. I’m up to episode 9, though – spoiler: it’s better than the first season – but it’s probably not going to be Monday now until I can review it. Sorry about that.

However, I did manage to review Strange Angel (US: CBS All Access) and Take Two (US: ABC), as well as pass a third-episode verdict on Condor (US: Audience). I’ll also be reviewing Yellowstone in the next couple of days. Which ain’t bad.

Meanwhile, after the jump, I’ll be looking at the latest episodes in the TMINE viewing queue of Bron/Broen (The Bridge), Marvel’s Cloak and Dagger, Mystery Road and Succession, as well as the season finale of Westworld and the return of Shooter. All that in a mo.