Well. Just as geeks and geekettes were starting to worry that Warner Bros had abandoned Diana and weren’t going to promote Wonder Woman, everything’s gone and changed.

For starters, we can all start buying tickets for the movie now. If you’re in the UK, there’s a web site giving you the cinemas nearest you that will be showing the movie. Have you booked your tickets yet? Mine are IMAX 3D…

Meanwhile, if you’re in the US and you have an awful lot of spending money, the Regal movie chain is currently offering the anodised steel ‘Wonder Woman Ultimate Ticket‘. Costing a mere $100, it enables you to watch the movie once a day, every day, during the movie’s initial release, in any format you want (even IMAX 3D). It’s also personalised with your name so you can keep it.

But on top of that, there’s been a new flurry of marketing activity. Nascar driver Danica Patrick will be driving a Wonder Woman car for two races this season. Four new stills and behind-the-scenes photos have been released, too.

However, what we’re all really after are not just the shiny new poster for the movie… 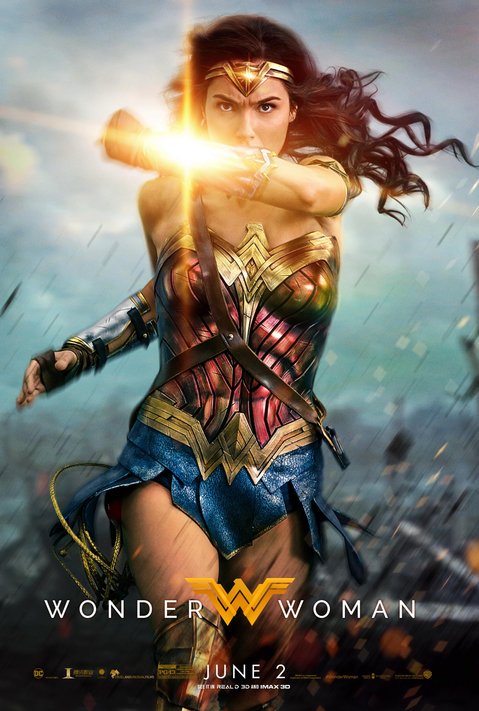 …but its four new TV trailers that Patty Jenkins, Gal Gadot and a little TV show called Gotham have recently provided us. There’s some old footage and some new footage, too, but notably one of them is called ‘Goddess’ – the nu52’s not as dead as everyone thought after all, it seems…

Meanwhile, if you’ve not been in Athens praising Aphrodite and the rest of the gods now that Hellenismos is once again an official religion of Greece, you’ll have been off reading some comics, won’t you? This week (La, la, la – I can’t hear you! There have been no new comics released today!), you might have perused either Wonder Woman #21 or Batman ’66 Meets Wonder Woman ’77 #11, so let’s talk about them after the jump.

Wonder Woman #21
Plot
Recovering quickly from having been shot in #19, Diana finishes off Colonel Poison and co.

That allows her to reach pseudo-Thermyscira just as Veronica Cale, Cheetah, Phobos and Deimos reach it.

Together, both Cale and Diana explore the tree. At its centre, they find not only Cale’s now grown-up daughter but Ares, who doesn’t look quite how everyone was expecting either…

Extra notes
So, obviously many interesting things and a big rush of developments, all in one issue. Steve even proves quite useful at times, which is nice.

Notably, of course, Diana turns out not to be bullet-proof (no hint as to whether special bullets were needed to hurt her), but highly bullet-resistant at least.

Ares, of course, has a new look. It’s not Azzarello and Chiang’s bearded Ares.

It’s also not Perez’s armoured version or the blonde-haired version we saw in Rucka’s Volume 2.

Instead, we have something a bit closer to Greek myth, where Ares is indeed quite the looker – being a god n’all and able to attract the fancy of Aphrodite – which is pleasing.

Also worth noting: those manacles look an awful lot like Amazon bracelets of supplication. I wonder if that’s important…

I can’t say that that snakebite having the purpose it did was all that surprising and we’re still not at a point where we know what is truth and what is lies, but all in all an excellent issue.

Batman ’66 Meets Wonder Woman ’77 #11
Plot
While Batman deals with the League in his Batcave, Diana and Catwoman have to deal with Talia and her own League helpers at the disco. Fortunately, some of the reformed Catwoman’s former thugs have become bouncers at the disco and are ready to help out.

With Batgirl (now Batwoman) and the now unretired Batman in the new Batmobile coming to help Wonder Woman, Catwoman and Nightwing…

…the only thing stopping the new gang of crimefighters from stopping Ra’s al Ghul getting to the Lazarus Pit under Arkham Asylum is an old gang of criminals.

Extra notes
Cheetah’s back again. Wonder Woman meets Batgirl/Batwoman at last. Diana inspires this Batman to become a crimefighter again, just as he inspired her to return to the outside world in 1966.

It’s all really good fun, too!

Question of the week: who’s your favourite comics-inspired TV or movie character?