With just a couple of weeks until the movie is released, it’s full steam ahead for the Wonder Woman tie-ins and advertising. There’s a new banner poster (above) that also ties in with the Justice League movie coming later this year. Times Square in New York has also been pretty comprehensively taken over by Wonder Woman billboards:

In terms of merchandise, there’s a new HeroClix set, a new flavour of ice cream from Cold Stone Creamery, a Dr Pepper tie-in, and a special Her Universe fashion line.

To coincide with Mother’s Day last Sunday in the US, some new images and featurettes were released. As June 3 is also ‘Wonder Woman day’, a whole bunch of celebrations have been announced as well, including a whole week of activities leading up to that.

Since China’s obviously a big market for movies these days, don’t be surprised that there’s some Chinese-specific advertising, including a new anime-style poster and a trailer that contains a big hint about… something.

Meanwhile, back in the world of comics, it’s business as usual. In our now-traditional DC rewrite of continuity, Dan Jurgens has made it clear that all those bits in the nu52 where Superman and Wonder Woman were a couple – you know, like Superman/Wonder Woman – have been erased from the Rebirth universe and never happened. Even the bits that everyone in the Rebirth universe still remembered happening just a few issues ago. Like Superman/Wonder Woman.

As for actual comics you could read, two titles from last week to look at that featured our Diana: the concluding (?) issue of Batman ’66 Meets Wonder Woman ’77 and Wonder Woman #22, in which Diana goes on a date with Veronica Cale. For money. More on that after the jump.

…they have to stop Ra’s al Ghul from entering the nearby Lazarus Pit. But while Diana is able to stop Bruce from falling it, Ra’s isn’t so lucky… 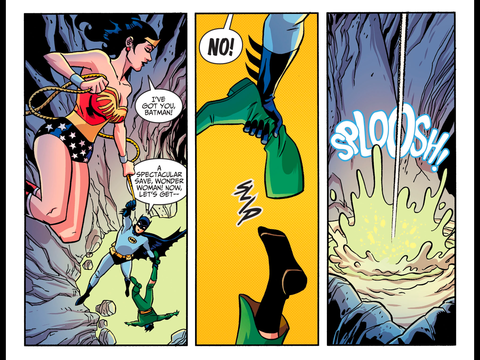 But is that the end for this 1977 team-up of superheroes? Maybe not. Diana has an idea…

Is it any good?
A very nice finish to undoubtedly the best storyline Wonder Woman ’77 has had, taking in both Batman and Wonder Woman continuity, fleshing it out and taking risks with it to tell a properly interesting and fun story. Could this be the beginning of a Justice League ’77 title? I do hope so!

Wonder Woman (Rebirth) #22
Plot
Veronica Cale bids $15m in a charity auction to win a date with Diana. They have a chat, but with Cale’s security detail unnecessary, it’s up to Diana to protect Cale from some interlopers – who turn out to work for Cale and have an ulterior motive for their actions. But Cale’s not fooling Diana…

Is it any good?
Obviously, since it’s flashback week, we’re getting the old storyline. However, rather than setting up a new story, Rucka is now using said storyline to fill in the blanks of the ‘current’ storyline. So we get Diana’s first meeting with Veronica Cale, as well as with Colonel Poison:

We also get an explanation of how Cale knows about Themyscira’s ‘elusiveness’ – she traces the energy of the Lasso of Truth:

But Rucka also uses the issue to restore some Volume 2 fundamentals. The observant will notice that in the page above, as well as mentioning ‘Nanda Parbat’ (the home of Ra’s al Ghul in Arrow but in comics, the mystical home of Deadman), there’s a reference to the Lasso of Truth’s energy being from some kind of ‘godwave’, which was a Volume 2 thing. 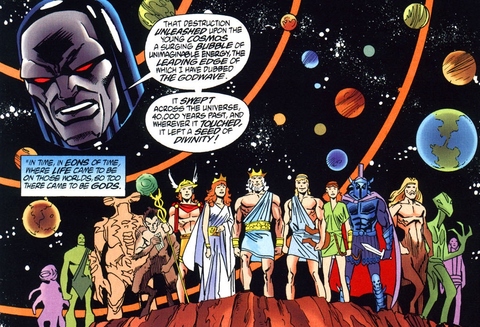 The Invisible Jet also gets a mention, which is interesting in itself because when that last popped up in Rucka’s own story, it was a one-off modification by the Amazons to Steve’s plane, which fell apart when it returned to Man’s World. Has he been reading Trinity, does the world simply know how Diana first arrived and word has spread, or have the Amazons used their magic/technology to build her a new one?

Another Volume 2/Justice League Unlimited fundamental that Rucka seems to want to restore is the potential for a Batman-Wonder Woman relationship. The observant will again notice that both Bruce Wayne and Lex Luthor are bidding for that date, and Bruce in particular seems deflated when Cale wins.

Whether anything will happen there, remains to be seen, but I doubt it. It’s also part of Rucka’s other theme for the issue: Diana can be fun. She can dress like a normal woman out for the night in Vegas: 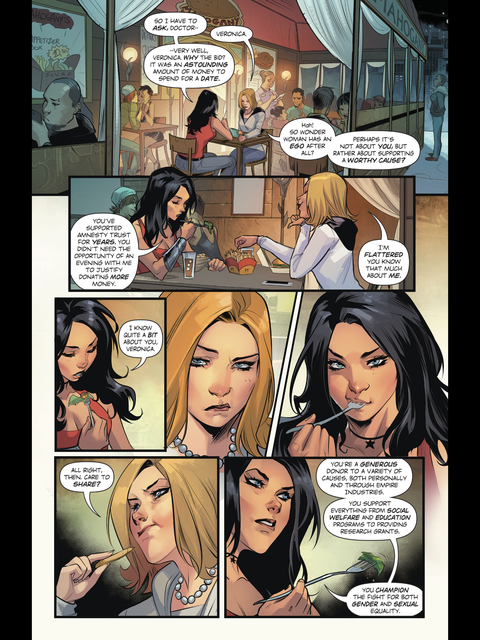 …and she can flirt with a villainess: 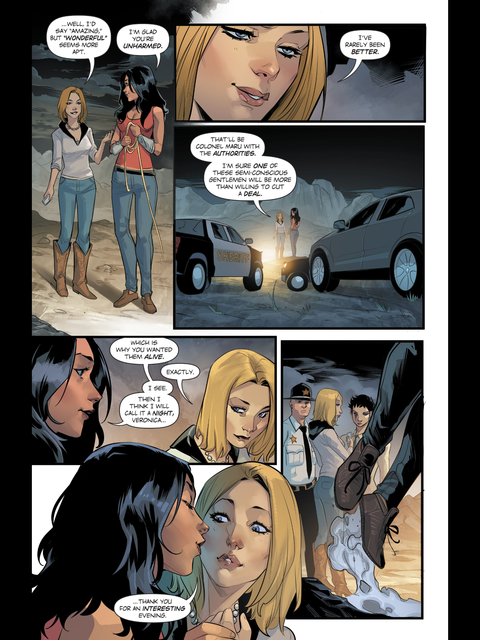 All in all, despite the absence of Nicola Scott on art, a jaunty, fun, exciting little issue that not only serves Diana well, but also establishes Cale as both a character and Diana’s equivalent of Lex Luthor.

What did you watch last week? Including Arrow, Dexter, Elementary, The Mentalist, Skyfall and Prometheus

What TV I’ve watched for the last fortnight

A review of Wonder Woman #24