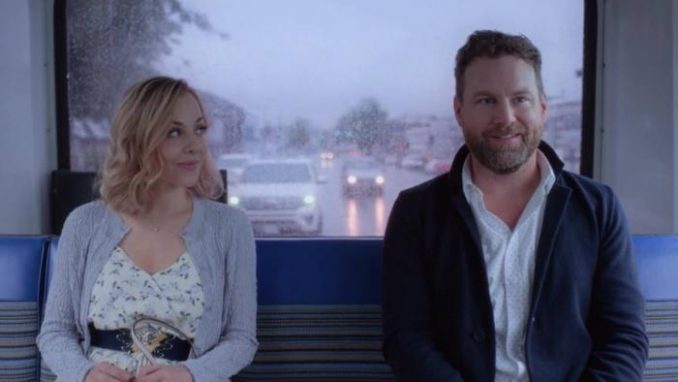 Three friends grow up together in Champaign IL. They all have plans for what to do after High School, but then one of them gets a recording contract and before you know it, they’re rich and famous. Years later, when the pals have grown up to be Happy Endings‘ Adam Pally and Detroiters‘ Sam Richardson, their rapper pal is killed while shooting a video, leaving the pals with nothing. With no skills, no idea of what the real world is like and no money, the two have to return to their parents’ houses in Champaign and try to work out what to do with their lives.

That said, it’s slightly funny at least; it’s also slightly darker and smarter than you’d think, with their rapper pal’s death much nastier and more unpleasant than you’d think, for example. The fact that Richardson’s dad is Keith David (in a fat suit) and Pally’s parents are Curtis Armstrong and Allyce Beasley (Burt and Agnes from Moonlighting) are almost enough to make me want to watch more of it, too.

However, by the end of the first episode, I had no real interest in watching any further. Still, you might, so here’s a trailer and the first two episodes for free:

I wasn’t the biggest fan of the first season, but Netflix has a habit of making its first seasons ‘pilot episodes’, so I figured with the pilot out the way, this might be a glimpse of what the series itself would be like. Is it any different? Not really. There was one frightening bit, one funny bit and that was about it. Turns out that selling your soul to Satan doesn’t really affect you and your life very much. Who’d have thunk it?

That said, without Jeff from Coupling and Missy from Doctor Who figuring into the narrative in any way, the show did feel a bit more interesting and freer, unencumbered by a season arc. The magical storyline also seemed a bit more interesting, even if the entire episode was basically a demonic version of Happy!‘s first season. It’s not enough to make me want to watch the second season now, but it did make me feel that my initial desire to fall asleep during the first 15 minutes of the episode was premature, at least.

Also, it suddenly struck me midway through the episode that Mirando Otto has been trying to do an English accent for the past season. This revelation genuinely surprised me – it never even occurred to me that that’s what she was trying to do. I thought she was just being a bit hoity-toity. But no, the entire family, not just Lucy Davis and Chance Perdomo, are supposed to be English. It makes sense, but crikey, that’s a wonky accent.

The Miracle of Christmas

It was cancelled, but it’s been there before, and yet again Timeless was granted a reprieve of sorts. This time round it got a movie to wrap up all the plots. Unfortunately, the best that can be said about it is that it does just that. Quickly. That two-season long effort to stop Rittenhouse? All done with a bit of plea bargaining. And if you were expecting our heroes to meet someone really exciting from history for their final two missions, “the guy who inspired Zorro” and “some people who escaped from the Korean War’s version of Dunkirk” probably wouldn’t be who you’d have picked, I expect. Paterson Joseph? I think he got his bit done in about 10 minutes.

Still, everyone gets a send-off, everyone ends up with who you think they’ll end up, most of the questions raised get answered (although not very interestingly, most of the time) and you’ll end up wanting to see more of Goran Višnjić by the end of the movie at least. A good bit of fan service, but if you were expecting to be wowed, you’ll be disappointed.

A welcome focus on Amber Stevens West for a change but she gets fewer of the funny lines than Damon Wayans Jr, who’s considerably less than believable in this episode than a normal human being, which makes me think the show is heading towards conventional sitcom territory permanently. That said, there’s still enough going on in terms of Wayans supporting Stevens West and his feelings of anxiety to make it feel far more modern and relevant than other sitcoms.

What have you been watching? Including High Maintenance and Star Trek: Discovery