Dadaism only goes so far. Sure, it’s all very fun to stick something incongruous into a new setting to expose its conventions and absurdities. But then what? Sooner or later either everyone will stop looking because they’ve got the idea and decided it’s silly or they’ll get inured to it and accept it.

Which is a bit of a problem for arch-Dadaist Grant Morrison, whose new show Happy! gives us an alcoholic, ex-cop, elite hitman played by Christopher Meloni (Law & Order: SVU) being helped to find a missing child by her imaginary friend – a tiny, talking, flying blue unicorn called Happy.

(I should, incidentally, point out here that Happy is quite clearly one of the fabled unidonkeys, not a unicorn. He’s the same colour as Eeyore, he acts like a donkey and just look at those ears, look at those teeth, look at those hooves – he’s a donkey, who just happens to have a horn and wings. Which is cool, since donkeys are much better than stupid old horses.)

The trouble with the show’s first episode was that when you’d accepted that incongruity and that there was a not completely imaginary unidonkey paired up with an indestructible, ultraviolent hitman dishing out pithy self-deprecating, self-hating one-liners, there wasn’t much more to it. Okay, you’ve made your point, Mr Morrison – what now? Ah, just a load of clichés and two-dimensional characters. Gotcha.

Since then, though, the writing’s been in the hands of those with a different ontological perspective of the world to Morrison, one in which character and plotting are of greater interest than simple subversion of genre. Episodes two and three have filled in the backstory of Meloni’s character, as well as those of supporting characters such as Meloni’s ex-wives, while also turning Happy from just a CGI idea of a character into one you can actually care about. Indeed, he’s now just so cute, funny and adorable, so kind and caring of his young best friend, that I’m still traumatised by the ending of the third episode, a good three hours after having watched it.

I hope that poor little unidonkey is okay. Please let him be okay.

Meloni? Not so much. Well, at all, in fact. But at least it’s clear that Meloni is the way he is because he stared too long into the abyss of human depravity and it looked back at him, and that Happy and his quest offer him the chance at redemption and a walk back from the edge to the point where we might like him.

The show is also slowly pivoting from a show with one Dadaist idea into one with a Dadaist universe, episode three giving us a lapdancing club frequented only by department store Santas for example (“No one knows where they came from – they just started turning up one day”). That obviously has the downside of turning Happy’s presence from the show’s sole incongruity to just one of many, but having a whole weird universe to play is far more appealing than simply watching a unidonkey fly around over the top of an old episode of Law & Order, which is what Happy! would have been otherwise.

Happy! is also playing a little with storytelling. Episode three is replete with flashbacks, and the show finds a relatively novel way of showing them that also enables it to comment on the story. It’s not exactly the middle episodes of Limitless, but it’s a sign the show hasn’t shot its entire load of imagination with Happy.

Despite my initial reservations about Happy!, I’m going to stick with it. Although the cop stories that form the b-stories of the episode are tedious and Meloni’s constant nihilism grates, Happy at least is worth watching, as is the expanding universe around him. It’s also a gutsy show to be telling a story about an implied mentally ill paedophile Santa abducting children and dosing them up on drugs this close to Christmas. It needs our support. 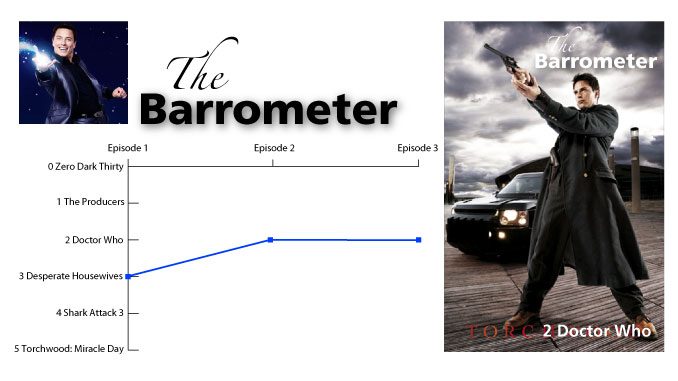 How did Netflix know I liked Happy!?

As previously advertised, today’s the day Netflix made Syfy (US)’s Happy! available to stream for UK viewers. And this morning, I got an email from Netflix to let me know this fact, entitled “Rob, we just […]

What have you been watching? Including Happy!, Engrenages and Baron Noir

It’s “What have you been watching?”, your chance to recommend anything you’ve been watching this week I’m a little bit behind. Sorry. Watching all of Altered Carbon (Netflix) for Boxset Monday, coupled with the double-episode French demands […]

What have you been watching? Including 9-1-1, grown-ish, Alone Together, Craith and The Chi

It’s “What have you been watching?”, your chance to recommend anything you’ve been watching this week Be careful what you wish for! Last week, I hoped for new TV to watch. Then it arrived en […]