That was Adrianne Palicki in David E Kelley’s Wonder Woman pilot for NBC – which was too awful to be made into a series. However, Kelley has continued with the almost-as-bad Harry’s Law and in a forthcoming episode, Erica Durance (Lois Lane from Smallville) will turn up as a woman who thinks she is Wonder Woman.

And she’s wearing that costume.

I think she manages to pull it off better than Palicki, although the ‘Amazon princess’ outfit she wore in Smallville might have been better. 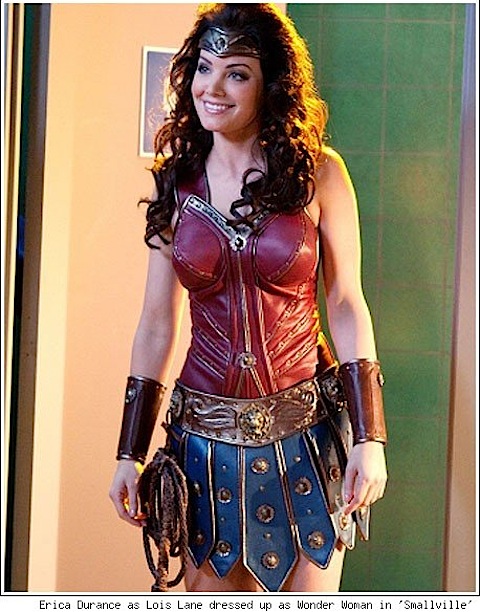 All the same, weird move by Kelley. Because someone who thought they were Wonder Woman would wear the outfit they never saw from a TV show that never got made, wouldn’t they?

Every Wednesday, TMINE reviews two movies and infringes a former mobile phone company’s trademarked marketing gimmick Two recent movies for Orange Wednesday this week, one of which only got released this week – yes, I’ve […]