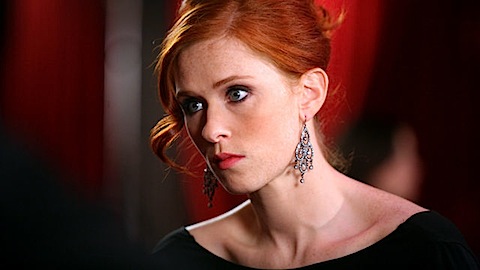 Given they had a full 12 episodes this time, you’d have thought they’d have been able to fit everything in, wouldn’t you?

Spoilers and stuff after the picture of Laure looking moody. 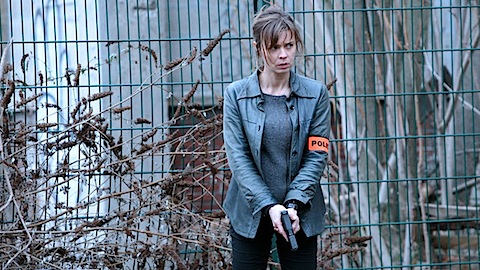 Plot
11/12: Police strive to pinpoint the connection between the elusive leader of Niko’s prostitution ring and the Butcher of La Villette, who is still on the run. There is more tension between Laure and Gilou, as Gilou prepares to leave the team. Judge Roban finally gets proof of Arnaud’s betrayal and his reaction is unforgiving. The screws tighten on the Courcelles bribery investigation. Szabo finds Josephine’s Achilles’ heel and uses it to blackmail her back into his clutches.

12/12: The police finally close in on Niko’s prostitution ring, but the Butcher of La Villette is still evading custody. Will Captain Berthaud manage to track him down? Will Niko’s men get to him first? Or will he get the opportunity to kidnap another victim? Judge Roban finds that the high moral ground comes at a high price. Pierre discovers that Josephine has made a deal with Szabo in order to save him.

Was it any good?
Compared to the more rushed and implausible season two finale, these final two episodes were a whole lot more enjoyable. However, they failed to provide resolutions to most of the plot threads and indeed ignited a whole load of others, the producers being confident that season four was on the way and that no one French in the right minds would want to miss them.

So we got the cathartic capture of Ronaldo, who had returned to his psychotic ways for no very good reason other than because the scripts needed him to for viewer closure. While the chase and capture were as thrilling as most things Spiral, it felt a little too easy – an eye-witness tells them what kind of van Ronaldo has stolen and Laure’s gut instinct helps them find it in the right place. The vice ring is bust as well, although I’m still not exactly sure how Ronaldo ended up contacting the ring and why he helped them (anyone?). It’s also notable that despite the weeks of surveillance, all it took for the Crime Squad to get the ring was for a single prostitute to tell them. They were reassuringly strong-armed as well – I shudder to think what would have happened if the ‘CID’ (caveat: there is no such thing as CID in France) had tried to arrest everyone by themselves.

However, that’s about the only closure we got. Niko escaped after Gilou has a temporary heart attack. What was that exactly? He passes out from running too much and no one seems that worried? Huh. Then he decides not to leave ‘CID’ for the ‘Special Branch’ (caveat: ditto) so that he can cover for Laure, now she’s only gone and shot the unarmed Ronaldo in cold blood. Handy bit of status quo reestablishment there.

Karlsson returns to Szarbo, as we knew she would, but to save Pierre’s career – because she’s been in love for him for God knows how long. Yey! Laure also seems to have got her man, and he seems to have got her, although what kind of relationship that’ll be, I don’t know. I suspect it’ll be dropped between seasons in true Spiral style and never mentioned again.

And Roban’s investigation, just as it finally hits pay dirt, is grabbed from his hands by his brother fessing up to everything, leaving Roban to give his long-absent boss a monologue straight from the producers about why she (and her real-life counterparts) haven’t been doing enough to defend the position of the investigating magistrate against the Sarkozy reforms.

Season 3
So not a lot of closure at all then. But the threads that needed closing were closed in a reasonably viable way, unlike season two’s, and as a season, despite a shaky start that had some strange bits of impluasibility, I’ve overall preferred it to the second season. Instead of the frequent digressions into individual aspects of the French legal system, the show has been more focused on the main plot, with most of its efforts going into looking at the pros and cons of having investigating magistrates. The show has also remembered to service the main characters: whereas season two tended to forget both Tintin and Gilou in favour of Laure and Samy, this season everyone’s had a look in.

My main complaint, apart from the implausibilities at the beginning and the relative ease with which Ronaldo and the ring are captured (as well as the little consideration given to the impact of the case), is that Karlsson, Roban and Clement have been isolated from much of the main plot. While they have touched base occasionally, Roban’s been pretty much on his own and Clement and Karlsson have just been doing their own things, unrelated to either of the two main plots. If next year could find a way to integrate them more with the main plots so they’re there for a reason – or at least use them better – that would be just peachy.

Season 4
Talking of next year, for obvious reasons, only highlight the next bit if you want to know about season four of the show. Filming begins in June and the fourth season will air at the start of 2012 in France (who knows when in Britain). Brémont is going to be transferred and his replacement is going to cause some discord. And Laure and her team are ‘going to infiltrate a cell of activists, which will inevitably echo the case of the Tarnac Nine, a group of hippies who ran a collective farm raided by armed police. The government suggested they were part of an anarchist terrorist plot to overthrow the state. Their lawyers and a raft of intellectuals and politicians accused the government of stoking fear of the extreme left.’

And for anyone who loves those interrogation scenes, bad news I’m afraid: ‘last month, France’s police custody practices were changed after accusations that the justice system was trampling human rights. No longer can anyone, including those as young as 13, be held for up to 96 hours without charge. This means Spiral can have no more brutal questioning scenes.’

What next?
So that’s me, over and out for another season, I’ve just started rewatching season one again, and it’s very strange to see the different relationships, Laure hitting on Clement, Karlsson smiling a lot, Gilou with that haircut and all the strange rapid zooming and CGI. But I’m loving it. Anyone want to join me?

I’ll leave you with this, for those who speak French and who want to see Audrey Fleurot (Karlsson) talk about the third season as well as the next season and Karlsson in general.

Some interviews and behind-the-scenes footage of Engrenages

A trailer for season 2 of Les Témoins (Witnesses)

A trailer for season 2 of Les Temoines (Witnesses)
[…]

What have you been watching? Including Y Gwyll, Serangoon Road, The Tunnel, Almost Human and Homeland