In the US: Sundays, 10pm, HBO
In the UK: Acquired by Sky Atlantic. Will air later this year

Normally, you can guarantee that whatever airs on HBO in the US will end up on Sky Atlantic here in the UK. Sky does, after all, have an exclusivity deal with HBO, and advertises itself as the home of both HBO and Showtime shows in the UK. It’s also so eager for kudos and ratings unaffected by illegal downloads when it comes to the likes of Game of Thrones and Westworld that it airs them the next day in the wee small hours after they’ve aired in the US.

Yet the channel is mysteriously quiet about when it will air Succession. A first glance at the show’s credits might make you wonder why. Directed by Adam McKay (Anchorman, The Big Short). Exec produced by Will Ferrell. Created by Jesse Armstrong (Peep Show). Written by Jesse Armstrong, Tony Roche (The Thick of It, Veep, In the Loop), Jonathan Glatzer (Better Call Saul), Lucy Prebble (Secret Diary of a Call Girl), et al. Starring Brian Cox, Kieran Culkin, Alan Ruck, Matthew Macfadyen et al.

Should be a natural for much hype and instant transmission, you’d have thought. Yet Sky is quiet. Why?

Well, you don’t have to be the most media-savvy viewer in the world to work out why after only a few minutes’ viewing, because Succession is a very thinly veiled satire of the Murdoch empire. Very thin. It’s a veil that must be made of some kind of nanomaterial, it’s so thin.

The show sees Brian Cox playing Rupert Murdoch – let’s not pretend otherwise – or at least an 80-year-old mogul with a vast media empire that encompasses every continent of the world. As well as growing health problems and a foreign wife (Hiam Abbass), he has a whole bunch of moderate to no-talent children. Like I said, let’s not pretend otherwise.

Eldest son Ruck is more interested in saving the planet than working for the family business, so that leaves Jeremy Strong, the James of the piece, as Cox’s most likely successor. However, while full of MBA talent, he lacks his dad’s sociopathic killer instincts for the deal. Sarah Snook is the Elisabeth of the piece, although this Elisabeth fancies being a politician instead. Meanwhile, youngest son Culkin fancies himself for the top job but is a spoilt brat and “not a serious person”.

Just as everyone’s expecting Cox to hand over the reins of the company to Strong, Cox drops a bombshell – he’s not going to retire after all, since he doesn’t think Strong is ready. Maybe another 10 years – and if all you kids could sign over management of the trust to Abbass by 4pm, that would be just peachy. Needless to say, the kids don’t take well to this and when Cox suffers a possibly fatal stroke at the end of the first episode, the next episode is all about them jockeying for position, deciding whether to honour their father’s wishes or maybe even to pick randomly arrived cousin and theme park management trainee dropout Nicholas Braun as their neutral interim CEO. 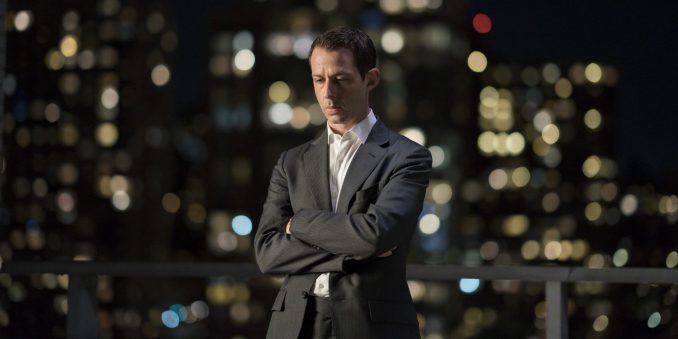 The Thick of NI

Succession is more or less exactly what you’d expect from “The Thick of It‘s Jesse Armstrong” – it’s not extensive winter location filming in Iceland à la Game of Thrones so much as lots of two-way conversations in non-descript rooms and corridors, in which a bunch of related idiots hurl colourful insults at each other and behave incredibly childishly. And it’s correspondingly funny, too.

Everyone is very well cast. Strong is pitiable as a man with big ambitions but with not quite the character needed to obtain them. Culkin is a brilliantly unpleasant rich kid, who’ll offer a small child $1 million if he makes a home run in a softball game, but refuse to pay up when he just misses out – and then taunt him. Macfadyen is amusing as Snook’s weak husband, ambitious but perpetually inept at politicking so endlessly picking the wrong moment to do things, while dumping on Braun because he doesn’t need anything from him. Braun you just know is going to end up running the company, purely by accident.

It’s not totally compelling, though. The put-downs don’t all work and sometimes just become “F*ck off!” “No, you f*ck off!”, rather than anything more artful. Having so many useless, venal characters makes it hard to root for anyone. And it is all about the Murdochs, at the end of the day. Do you want to watch a Rupert Murdoch biopic? Probably not.

Still, I went from having no interest in this to looking forward to the second part and now the third part, so it’s definitely got some compelling qualities and it is consistently amusing. Give it a try. Assuming you’re up at 2am on December 32nd.

A preview of Sky Atlantic and Canal+’s The Tunnel, starring Stephen Dillane and Clemence Poésy
[…]

A review of the first episode of FX’s The Strain