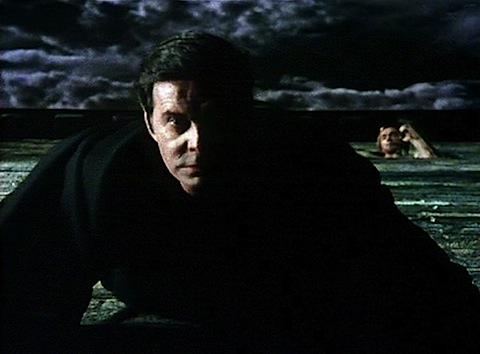 It’s time for our regular look at the TV that the BFI is showing, this time in the months of October and November 2013. And what a pick there is. There’s a big collection of TV previews, including episodes of the news series of Wizards Vs Aliens and This Is Jinsy, the first episode of Yonderland from the Horrible Histories cast, the first episode of the final series of Poirot mysteries on ITV, including a Q&A with David Suchet, and Mark Gatiss’s adaptation of The Tractate Middoth, complete with documentary on MR James and Q&A.

On top of all that, there’s a season of Gothic movies and TV, including Channel 4’s Dead Set, BBC1’s classic Louis Jordan adaptation of Count Dracula introduced by the director, and a panel discussion about vampires that involves none other than Russell Tovey, Anthony Head and Toby Whithouse.

Sat 26 October 14:30 NFT2: Count Dracula
BBC 1977. Director Philip Saville. With Louis Jordan, Frank Finlay. 152min
Perhaps the definitive television adaptation of Stoker’s novel, boasting an intelligent script by Gerald Savory and the fantastic visual flair of Philip Saville’s direction. Pushing the boundaries of technology at the time, Saville creates complex visual montages and soundscapes that evoke the inner psyche of his title vampire. Add to this Louis Jordan’s stunning, erotically charged performance as the count and we have a classic that arguably comes closest to capturing the essence of Bram Stoker’s masterpiece. Introduced by the director.

Mon 4 November 18:30 NFT1: Cool Gothic and the New Vampire
Ever since Anne Rice gave the vampire a conscience in Interview with the Vampire, the Gothic myth has been reinterpreted for a new generation. Here the creative minds behind such ‘new Gothic’ works as Being Human, In the Flesh and Buffy are assembled to discuss the resurrection of Gothic myths. Illustrating their arguments with clips, our panel will examine the whole ‘Cool Gothic’ phenomenon. Panel includes Russell Tovey, Anthony Head, Toby Whithouse, Dominic Mitchell and Lily Loveless (All panellists work permitting – please check BFI website for confirmation).

Thu 7 November 20:40 NFT2: Supernatural: Countess Ilona + The Werewolf Reunion
Dir Simon Langton. With Billie Whitelaw, Ian Hendry, John Fraser, Charles Kay, Edward Hardwicke. 100min
Two episodes from Robert Muller’s classy series that provide a unique twist to the mythology of the werewolf. Countess Ilona (Whitelaw) invites four former lovers to the remote castle of which she is now the mistress. As their flaws are laid bare, she takes a terrible revenge on them all; one by one they are murdered by a strange beast in the surrounding forests. Muller’s sparkling dialogue raises the horror genre to new heights of erudition.

All shows are £6 on Tuesdays. Conc prices are available to senior citizens, students, unwaged and disability visitors. Proof of eligibility may be required.

As always, visit the BFI web site for more details.