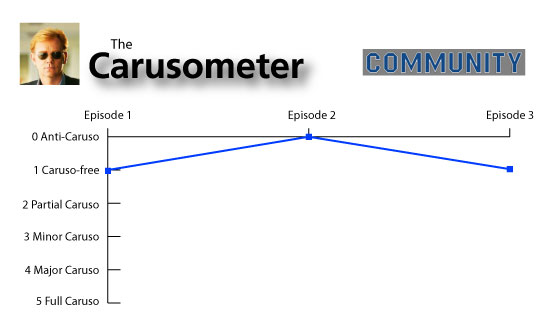 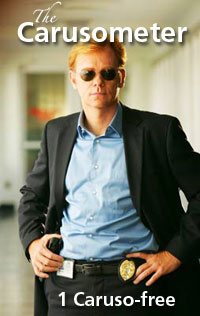 Well, of all the new shows so far this season, we have an undisputed winner in the quality stakes: Community, NBC’s Thursday night comedy about a bunch of disparate losers who join a community-college study group and learn something about life in a Breakfast Club stylee.

After three episodes, we’re getting to see the show’s colours: a love of the bizarre and outrageous crossed with one-liners. The first episode was a whirlwind of jokes and character moments that were really very clever and funny, but the second and third episodes have steered slightly away from one-liners in favour of the downright bizarre. We still get the character moments, but what moments.

Episode two, in particular, built through the episode towards a denoument that was extraordinarily odd yet also heart-waming; however the show cynically undercut that heart-warming moment, but still managed to keep it heart-warming, leaving you admiring its cleverness.

Episode three was even more bizarre, with Jeff having to go on movie course run by someone who’d taken Dead Poets’ Society way too much to heart, and Abed the Palestinian with Asperger’s producing a student movie about his life that was awe-inspiring in its oddness. And let’s not forget the raps and the krumping during the credits.

It’s interesting to see that each episode involves a different class, with Spanish and film-making getting the first couple of outings, and social psychology being the pick of the week next episode. This should give it a flexibility of format to prevent it outstaying its welcome.

Carusometer rating: 1
Rob’s prediction: I fear cancellation, but if there’s any justice in the world, it’ll keep going.

What have you been watching this week (w/e April 15)?

A preview of the first episode of TV Land’s Teachers
[…]