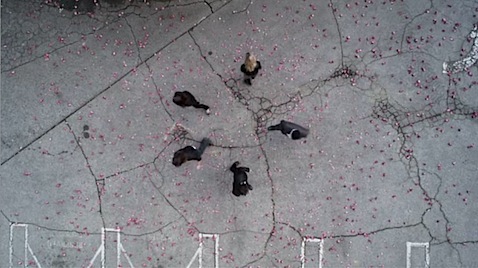 Blimey. That was quick. Is it over already? Still time flies when you’re having fun. TNT’s Leverage might not be the most original, smartest or even edgiest of series, but if you’re looking for a piece of entertainment to keep your mind vaguely occupied – but not too occupied – you didn’t need to look a whole lot further.

A sort of Hustle-light, it’s seen Timothy Hutton, Gina Bellman, Christian Kane, Beth Riesgraf and Aldis Hodge as a bunch of criminals who turn their talents to helping the little guy fight back against big corporations who have tried to crush them.

And now it’s over, but there’s a second season on the way this summer.

Over the season, it’s fair to say the show has stayed fairly constant. While there have been one or two episodes that have edged ahead of the others in quality, for the most part the show has continued to be ‘quite good’, never really exceeding the levels of the first episode and never being truly memorable but never turning in a duff episode.

It has, however, managed to avoid some of the pitfalls I mentioned in my third-episode verdict. The writers have remembered to keep the occasionally surreal humour and the character interaction, the show’s main strengths, both which had looked as though they were going to be forgotten about.

On the other hand, the diversification of the specialists, with Riesgraf’s socially inept burglar breaking into acting and Aldis Hodge’s hacker breaking into acting and fighting, has meant that the characters have lost some of their individuality – in particular, Gina Bellman’s Sophie now has very little to separate her from the rest of the pack. Christian Kane’s formerly invincible fighter is also now perilously close to being not very good, as the writers have reduced his skillset in comparison to others’.

The ongoing storyline with Hutton’s alcoholism has also been somewhat tedious, mainly because Hutton doesn’t do drunk well, and indeed whenever Leverage strays into more serious, dramatic territory, the whole edifice starts to totter, since it really doesn’t have a solid enough foundation to deal with issues and the acting really isn’t up to the job either. But the romantic sub-plots between Bellman and Hutton and Hodge and Riesgraf have been handled relatively competently, with only one episode pushing the edge of believability and audience tolerance for silliness.

Nevertheless, the season finale, which was essentially a two-parter, was slightly better than most of the season, since it saw our team of modern day Robin Hoods foiled for the first time and forced by arch nemesis Mark Sheppard to split up. The con, when it happened, wasn’t quite as obvious as previous episodes’, which was pleasing. The introduction of Hutton’s equally sharp ex-wife was a good move that worked well, too.

The show ends with a cliffhanger of sorts, although given there’s going to be a second season, we know full well that the group will reunite. Leverage needs to up its sharpness if it’s to become must-see programming, but it’s still a enjoyable watch and fingers crossed will continue to be next season.