Oh bugger. And they were doing so well. Okay, last week‘s was a bit arse, although fine as comedy. But this week’s was a bit dull really and just a touch silly.

Which is odd, because it was a PJ Hammond script. I remember coming out of last year’s PJ Hammond episode wondering how they managed to balls up what should have been a classic and it’s happened again.

I’ve worked it out though. I know what’s wrong.

They haven’t got Shaun O’Riordan.

Plot
When an old cinema re-opens, past horrors emerge to stalk the streets of Cardiff. And as bodies are found, somewhere between life and death, Torchwood must act fast. Who are the Night Travellers? And how can Torchwood capture these mysterious killers?

Was it any good?
Well, if you’re at all familiar with PJ Hammond’s work on Ace of Wands and Sapphire and Steel*, you’ll have recognised some of his trademarks:

On top of that, there’s the generally scary concepts that old PJ just throws out: having a villain called The Ghostmaker, having a room full of ghosts, the mermaid woman drinking and bathing from puddles, creepy things that can choose to insert themselves into your film collection and then beckon to you from within (although that’s a touch Ringu, isn’t it?) and so on.

In fact, if you closed your eyes and listened to instead of watched From Out of the Ring – or better still, read the script – I’m betting it would creep you out, purely through the writing.

But as Torchwood script editor and ex-Big Finish supremo, Gary Russell, will probably recall, when Big Finish were first attempting to start up their range of Sapphire and Steel audio plays, old PJ turned down the opportunity to write new ones because he thought the show essentially a visual one. He very much had a point as anyone who’s listened to the plays will note.

Watch Sapphire and Steel with this in mind and you realise just how important the direction and the visuals were – and they were down very much to the highly talented Shaun O’Riordan.

Unfortunately, Shaun O’Riordan’s retired and so far, no one of equal talent has been assigned to PJ Hammond’s stories to create the creepiness his words demand. While there were a few instances in the episode where there should have been some truly creepy moments, they always seemed to be pale imitations of Shaun O’Riordan’s work: a room full of ghosts where you never see their faces? What’s going on there?

So a bit disappointing – the music didn’t help either, another overlooked asset of Sapphire and Steel.

Still, it’s not like it was complete rubbish and there were a few interesting points, such as Jack’s early recruitment for Torchwood and life in a travelling circus. But I can’t help but wonder why, every year, they mess up PJ Hammond’s scripts – and leave me disappointed to boot.

* If you’re not, why not? What’s the matter with you? Get those box sets now! 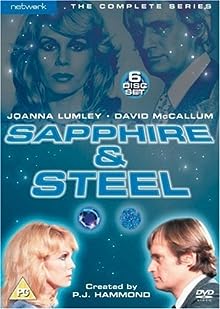 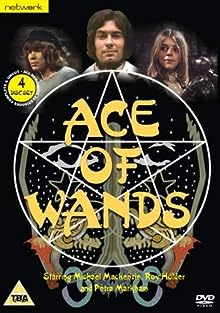 A trailer for Torchwood: Miracle Day
[…]

David Tennant is a giant bottle of ketchup

David Tennant is a giant bottle of ketchup