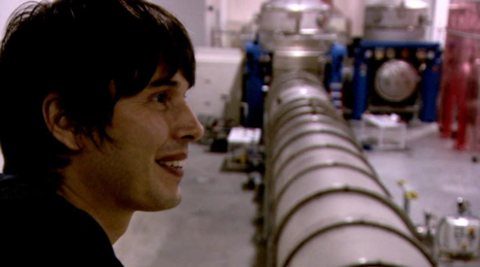 Every year, the GCSE and A-level results come out in Britain; every year, people question whether standards are slipping. the exams are getting easier and if today’s children are actually learning anything worthwhile in school.

The same sort of thing happens among the science geek population every time a new series of Horizon comes out. Is it dumbing down? Is it avoiding proper science in favour of whizzy things that look good on television?

Back in the glorious 80s when most grumbling science geeks were growing up, Horizon was a veritable powerhouse. There was the justly famous documentary about Richard Feynman, The Pleasure of Finding Things Out, which was more or less a straight-to-camera piece without the benefit of an interviewer that looked at one of the most interesting and famous physicists of all time.

There was the Horizon ‘special’, Lifestory, starring Jeff Goldblum, Tim Pigott-Smith and Juliet Stephenson as Jim Watson, Francis Crick and Rosalind Franklin, which still rates as one of my all-time favourite pieces of television ever (can anyone send me a copy that doesn’t cost $150?). I learnt more about DNA from that than I ever learnt at school (A-T, G-C; base pairs in keto form rather than enol; sugar chains running in opposite directions. Marvellous!)

Nowadays? Danny Wallace learning about chimpanzee communication. Maybe standards are dropping… (caveat: I haven’t seen it, so that one might have been good)

Last night’s What On Earth is Wrong With Gravity?, presented by Dr Brian Cox (no, not the Hannibal Lecktor actor – the particle physicist, Guardian science podcast guest star and former D:REAM keyboard player), tried to re-capture some of the glory days. While it was good in its own right, it still failed to demonstrate any of the strengths of the Horizon of old.

Firstly, the good. Dr Brian Cox is an interesting presenter. He’s personable, funny, knows what he’s talking about, can explain it in simple terms and isn’t a stereotypical science geek. He’s also not afraid to scribble the occasional equation down, which is nice – I can remember a relatively recent Horizon programme about ‘super-waves’ that could have been summarised as “second-order differentials can’t always be ignored in this equation” right at the beginning and saved us all 45 minutes of our lives.

Over the course of the show, he took us on a whistle-stop tour of how our understanding of gravity has changed over the years, first thanks to Newton and then to Einstein. All this he explained very well. At each step, we got to see how, despite the fact both Newton’s and Einstein’s theories of gravity are approximations, they’ve worked well enough in practice to send rockets to the moon and for GPS systems to work accurately.

Thing is, about 60% of the documentary was all about Cox’s journey around the US. Lots of shots of him in a truck; lots of shots of him on the subway; lots of shot of him standing looking up at telescopes; and so on. It’s the kind of “people-centric” thing that appeals to the science-light science networks in the US such as The Discovery Channel and Nova and it’s much in keeping with current trends in TV documentary making, but it gets in the way of actual content.

The result is that it wasn’t until 10 minutes or so before the end that we’d got past Einstein’s successes and on to the tricky issue of what comes next. Even then, we’d played around with history a lot to the extent that gravitational lensing effects come across as one of the first examples of relativity being shown to work, rather than Mercury’s precession or Eddington’s famous study of light bending round the moon during a solar eclipse. Sure, it’s easier to point to a photo and say “Look, these two galaxies are identical in every way – they must be the same and light has been bent somehow” than it is to explain the former, but it’s a tad naughty to play around with timelines like that.

So, what did we get in that last ten minutes or so? An examination of the competing theories of quantum gravity, such as supersymmetry, superstrings or brane theory? A look the Pioneer 10 anomaly and how it’s inspired things such as MOND (Modified Newtonian Dynamics)? The use of E8 to unify particles? Two-dimensional time? Very special relativity? These all would have been entire programmes in the 80s Horizon.

Instead, we got the time-honoured look at the extra dimensions needed by superstring theory and how that might be the solution we’re all looking for to unify quantum mechanics and general relativity. If only we could find them. Which we can’t. Yet.

Now, I did superstring theory as part of my Part III maths course back in the dim and distant past (1993 – I actually got taught by one of its inventors, Michael Green, for my advanced quantum field theory course). But I’d known about them since I’d been in school. So the theory’s been around for a good number of years now and has been the subject of multiple documentaries.

What’s new then that would inspire this documentary? Nothing, really, it turns out.

Which illustrates the interesting dilemma Horizon is in. Nowadays, it’s all about being accessible and bringing science to the masses in a way that doesn’t upset them or confuse them. A laudable, if patronising aim, but it overlooks the fact that most of the masses won’t be watching and those that do, probably will have read a book or two (maybe while they were still at school…) and will know all this stuff already. They probably want new stuff, rather than stuff that’s been covered very thoroughly for 20 years. That means lower ratings which means new tactics to get an audience – “shock TV” science (eg sticking people into sensory deprivation, Michael Portillo looking at the ‘science of executions’, doctors doing experiments on Mount Everest)

It also overlooks the fact that proper science people – you know, scientists and the like – have next to nothing on TV to watch any more. Although there are exceptions, you can’t watch Horizon and expect to come out of it knowing anything new. You can’t expect a look at the very latest theories – or even ones from the last decade, it seems. If there were other sources, such as the Discovery Channel, that wouldn’t be too bad. But Discovery is more content putting out documentaries about UFOs and forensic science than cutting edge science – things on the, ooh, I don’t know, what’s the word, horizon?. There are exceptions, such as BBC4’s occasional forays with things like Atom*, but on the whole, BBC2’s Horizon should be doing the proper science documentaries. Instead, it does science-light.

At the moment – and maybe it’s because GCSEs and A-levels really aren’t teaching the basics necessary to have an audience that can understand proper science any more – Horizon is making documentaries for an audience that doesn’t really exist or who want to see something weird or whacky. Next week’s is on Second Life and people who have affairs in cyberspace. Dumbing down? Not a bit of it…

You can watch highlights of the show on the BBC web site.

* Maybe the new strategy is to stick the interesting stuff on BBC4 since the audience is likely to be smarter? If so, shouldn’t they give BBC4 a better budget?

UPDATE: Oopsy. I got confused by the trailer at the end of the programme. Wonderland is the adultery show and that’s on tonight. The next episode of Horizon is about whether alcohol is worse than ecstasy.