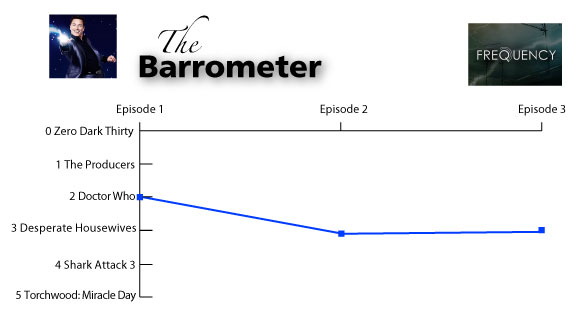 In the US: Wednesdays, 9/8c, The CW
In the UK: Acquired by Netflix. New episodes on Thursdays

Following the first episode of Frequency, a gender-swapped, time-shortened adaptation of the movie of the same name in which police detective Peyton List discovers the old ham radio in her garage allows her to communicate with her cop father (Riley Smith) 20 years earlier before he was murdered, it was clear the show could have gone two ways. Way one was the more interesting. By passing information to the past but in ‘real time’, List can change her present, preventing things from happening or enabling others to occur, but only getting one shot at it – make a mistake and that’s that.

Of course, in that episode, List does make a big change in her past that could have been good but resulted in possibly even worse things happening instead. Frequency could then have been a show about what happens if you keep messing around with time. Okay, it’s been done in the movies with The Butterfly Effect, but I’m sure they could have had all manner of fun.

Instead, Frequency went another direction, and in so doing became Minority Report, albeit a better Minority Report than the actual TV adaptation. As of episodes two and three, the show has become a cop show in which List knows what crimes are going to be committed and perhaps even by whom but can’t do anything about them since they happened 20 years earlier; however, she can pass the information back to her cop dad who can act on her information and stop crimes taking place before they occur – or at least make sure nothing worse happens or the bad guy gets away.

This isn’t as interesting but it’s still not bad. It also helps that List does at least have an unpredictable future ahead of her and even if her past is broken, she can still try to put right what now’s gone wrong herself with her fiancé (Daniel Bonjour), who doesn’t recognise her and thinks she’s stalking him.

All the same, what we now face is a weekly serial killer storyline which would be hackneyed enough if we didn’t have a time travelling Jack the Ripper to look forward to in Time After Time next year. There have been red herrings so obvious, they must have been left out in the noonday sun for a week before they turned and despite relationships and intimacy being one of the best things about the pilot episode, the show’s producers have put everyone at loggerheads with everyone else.

Frequency is enjoyable enough, with a reasonably likable cast, but it’s not compulsory viewing. As a police procedural, it’s also a bit ropey, with List forced by the script to do all manner of cop things badly. Fortunately, the show has a flexible enough format that it can change storyline, characters or anything else at a moment’s notice, so definitely has the potential to become hugely more interesting without warning. But whether it will embrace this potential of science fiction or stick resolutely to police procedural remains to be seen.

Barrometer rating: 3
Would it be better with a female lead? N/A
TMINE’s prediction: Could go either way, depending on how prepared it is to ‘pivot’ 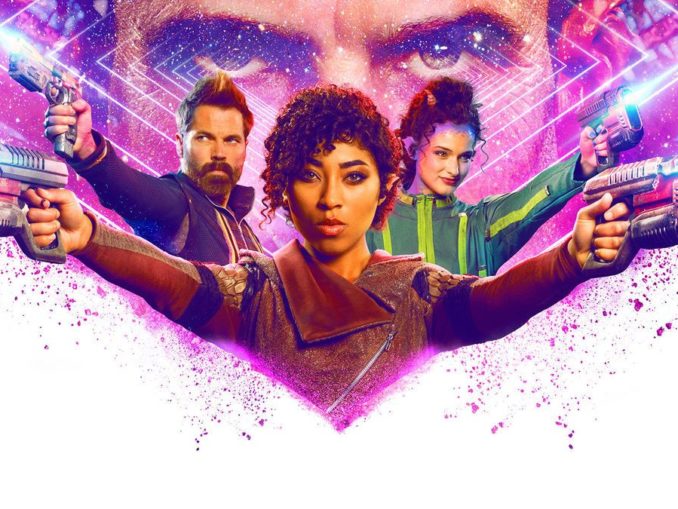