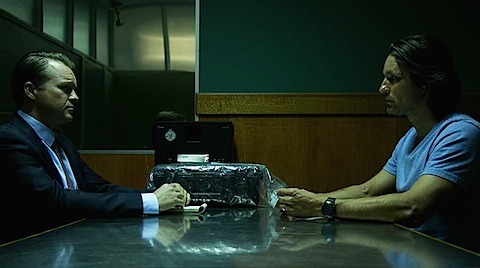 In Australia: Thursdays, 9.30pm, Network Ten
In the UK: Acquired by Channel 5

If you ask me, this format thing is getting out of hand. Secrets and Lies is Australia’s latest piece of event TV – or at least Network Ten’s attempt to create a piece of event TV. In it, Brisbane family man Ben Gundelach (Martin Henderson best known for, of all things, The Ring) comes across the body of a dead child while running. When he reports it to the police, his whole world falls apart as first the cops, then the media then everyone else he knows begins to suspect that he killed the boy. Did Gundelach do it and if he didn’t, who did? Could it even be one of his neighbours?

It’s six episodes long, it has a companion mobile app (Zeebox), there’s social media channels and a web site dedicated to helping viewers solve the mystery – it’s a big thing. Or wants to be, anyway. Whether it is or not is debatable, given it got 403,000 viewers for its first episode and finished in fourth in its timeslot.

Yet ABC in the US committed to remaking the format even before the show had aired. They’ve just cast Ryan Phillippe and Juliette Lewis in the pilot.

This, I think, is jumping the gun. Because the show’s okay. But only okay.

The first episode treads a very ordinary path, in fact. There’s a little bit of the emotion of The Killing in there; there’s the usual tropes about the police, innocent man accused and so on. About the only extraordinary thing about it is how ordinary Gundelach’s character is. He’s just a house painter – a guy with regular kids and a rocky marriage who spends all his time trying to drum up business, promising to do the work he’s already promised to do, and larking around with his next door neighbour.

Can’t see Ryan Phillippe doing that myself, but let’s see how it pans out.

Now, whether later episodes will give us a mystery worth solving, since there have been no apparent clues as to motive, other suspects or even much by way of foul play at this stage, is something we’ll have to wait to discover. At the moment, although Henderson is a compelling lead, one contractually obliged to only wear a top 50% of the time, we’ve not yet got a compelling story that tells us anything more than ‘it’s crap being accused of a crime you didn’t commit’. The police are still menacing caricatures and his family are little more than human beings arranged around him to convey disappointment.

So is it worth a remake? Not yet. But I’ll stick with it for now…