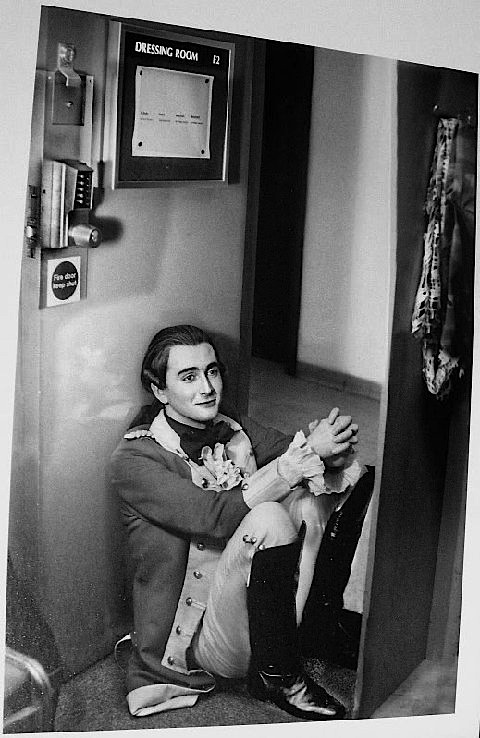 It’s David Tennant. He’s sitting. But WTF? That’s all I’ll say. For his industriousness, Toby gets some points that have apparently been dipped in LSD.

Meanwhile, over in comments, new arrival Lisa (assuming it’s not Ms Rullsenberg being forgetful) comes charging in to win the caption competition. A big warm welcome to her, as well as to other new arrival ecg. I hope you both enjoy your stay in Sitting Tennant: you may have to stand since all the chairs appear to be occupied.

Every photo displayed on Monday (one per person who sends one in) gets a point, with a bonus point if it’s from the latest DT production; the best pic in the stash each week will appear on Friday and get three points.

You can also enter the witty and amusing captions league table by commenting on Friday’s Sitting Tennant photo, the best caption getting 10 points, everyone who contributes getting five points.