In the US: Thursdays, CBS All Access
In the UK: Not yet acquired

Why is Jordan Peele determined to prove me wrong? A while ago, I suggested that the old-school anthology show, with a different story and cast every week, no longer worked as a format, given the nature of modern television scheduling. Instead, the season-long anthology show has the best of both worlds, with both a regular cast and the ability to tell closed stories, all rolled into one:

With an audience who likes serial drama but who wants eventual conclusions to their stories that haven’t been drawn out too long, what could be better than a season-long story with a beginning, middle and an end, the next season then telling a completely new story in the same vein? With a bit of cleverness, you can even appease fans of the shows’ stars by having the cast come back to play different characters if they want – or just let them go off to the next job if they’d rather, just like in the old days, since that way you can get big names with limited availability to come in for just a season.

There have been attempts to return to the original, episodic formula, such as The Guest Book and Room 104, but these exceptions have somewhat proved my hypothesis that the format no longer works. How? Because no one watches them.

So I ask again: why is Jordan Peele is so determined to prove me wrong? I mean first he creates a feelgood, episodic anthology show for YouTube, Weird City, and now he’s resurrected possibly the most famous anthology show of them all, The Twilight Zone.

Why does the lauded writer-director of Get Out and Us think he knows better than me, hey?

END_OF_DOCUMENT_TOKEN_TO_BE_REPLACED 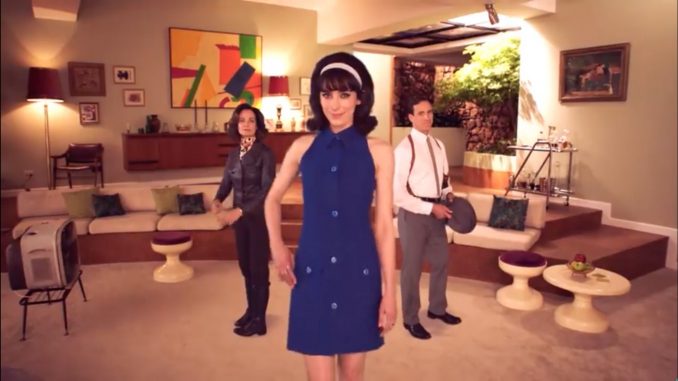 END_OF_DOCUMENT_TOKEN_TO_BE_REPLACED

The Oscar-winning Jordan Peele seems to have ambitions to be the new Rod Serling. This might not be an obvious career choice for a long-time member of the cast of Mad TV, the co-star of Comedy Central’s eponymous Key & Peele and the co-creator of The Last OG, but the evidence is mounting up.

There was, of course, his directorial debut Get Out, which had a touch of the Ira Levins to it. Coming soon we have the most literal evidence – Peele is the creator and host of CBS All Access’ forthcoming The Twilight Zone reboot:

But first we have YouTube sci-fi anthology show Weird City. It’s set in the city of the near sci-fi future with a slightly odd set-up that it explains very early on:

Sci-fi anthologies aren’t especially new, even on streaming services, where we have Netflix’s Black Mirror. Class divides aren’t that new in sci-fi either – it’s the entire foundation of the future society of The Time Machine, for example.

But Weird City is a little bit different from its predecessors in one main regard – it’s not dystopian. In fact, it’s actually quite nice and sunny.

END_OF_DOCUMENT_TOKEN_TO_BE_REPLACED

The schedules are a shifting and new shows are arriving. Now, there’s not much on Mondays but lots on Wednesdays, meaning that for a second time, while I’ve watched Corporate, I’ve not had a chance to watch this week’s Magicians. Therefore, WHYBW might well be moving to Tuesday next week. Let’s see how it goes, though.

I dedicated much of the weekend to watching this week’s Orange Wednesday movies Close (2019) and What We Do In The Shadows (2014), as well as the first five episodes of Das Boot.

Coming up in the next week, there’s a lot. YouTube launched Weird City last night, so I’ll be watching that, and TBS has also given us Miracle Workers, so I’ll be tuning in for that, too. However, there’s much more than that on the way, including some Australian programming, so expect quite a few reviews over the next week.

On top of that, Comedy Central (US)’s three-part mini-series Time Traveling Bong will be airing in the UK from Sunday, so I gave that a view. Well, some of it. I’ll take about that after the jump.

Magnum P.I., DC’s Legends of Tomorrow and The Orville were all on a break last week, so after the jump, we’ll be talking about: Cavendish, Corporate, Counterpart, The Passage and Star Trek: Discovery, as well as the final three episodes of Das Boot. See you in a mo!