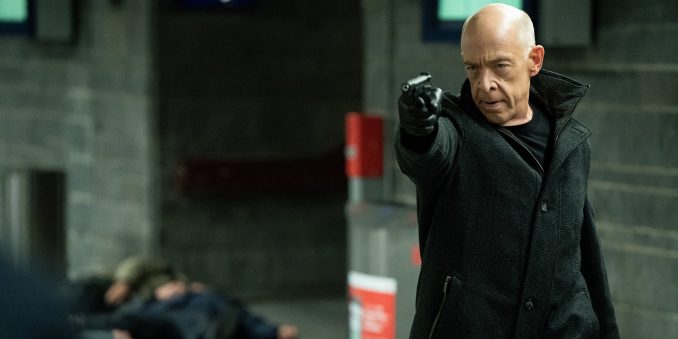 An Auckland couple quit their jobs and move to the country where they discover all manner of secrets. That’s the plot line and I wasn’t sure what to expect. For about the first 20 minutes, it feels like a culture-clash comedy with a hint of League of Gentlemen, as our couple meet the somewhat racist, backward, slow-moving locals. There’s a hint of American Werewolf in London, as they do various societal transgressions, such as laugh at a funeral because an old man is laughing.

But then it basically becomes Breaking Bad as they discover there’s a huge drug-dealing network. And then they accidentally start murdering people, at which point it’s more about their general inability to cope with bad things and generally make things worse for themselves.

It’s not a hugely funny show and it did drag, but it does have the benefit of John Rhys-Davies in flashback and narrating, and a genre-evading format that’s never one thing or the other, making it hard to predict. The two leads weren’t especially endearing, but the town’s Asian couple (“They still don’t think I can speak English”) were a lot more fun, so I might stick around for episode two.

Wrong kind of horror. Doing Misery doesn’t quite work with the format and despite the extra Kevin Eldon this week, I didn’t enjoy it as much as previous episodes. The crystal-mocking was quite fun, though, as was the all-round Canadian politeness.

I think there was roughly 15 minutes of new material in this episode and its one main addition was to establish the two mortal characters, the task facing the angels who want them to fall in love and how they’re going to do it. And frankly, it was all rubbish. The mortals were dull, the methods used by the angels were dull and it felt like a real waste of my time. At only 15 minutes. Some laughs sure, such as Bill Maher’s exploding penis, but this is weak stuff. Next week’s episode better be better or else I’m off, no matter how good Steve Buscemi is.

Not even subtle by ST:TNG standards as a take on anti-gay prejudice, but one with a few surprises at least, and some more character development for the regulars.

Not as good as the previous episode and generally lots of running around and vampires being vampy, but some advancements of the plot at least.

2×6 – Machiavelli and the Piss Detective

Back to form again, with a properly funny episode about the difficulty of being a manager, as well as the invasiveness of data. Yes, it was a lot more interesting than it sounds. It was slightly odd in that as well as having various relationships seemingly reset back to the first season, it did cover ground from the first season, too (with similar themes to dress-down day). I’m not sure why – maybe it was written for last season and never got used.

First good use of Google spreadsheets and email threads in a comedy, too. It’s amazing that it’s so pioneering and that no one else has got there already, either.

A welcome return to form for the final episode, thanks mainly to having JK Simmons front and centre, playing both characters in their natural environments. It’s amazing how nuanced his performance is, how easy it is to tell which character is which thanks to the way he differentiates them, yet at the same time to see him changing both characters in response to what they’ve seen and done, so that they’re more like each other. Obviously, Olivia Williams was brilliant, too, although surprisingly passive in this episode, and James Cromwell, despite a slightly dodgy accent, still managed to deliver all his lines in good German.

All in all, it was a good conclusion to the series, emphasising all its good qualities while having few of its worst qualities (the bad tradecraft). Everything’s tied up neatly and if that’s how the show ends, it would be a marvellous way for it to finish. Yet you can see how it could come back and that it wouldn’t be just to carry on having a series. The season as all whole needed to be about three or four episodes shorter and Simmons got to do too little for most of it, but there was never a point where I really wondered why I was watching.

Probably the best Starz original there’s ever been (apart from maybe Spartacus at its best), it’s a shame it’s gone, but it did highlight just what great TV Germany can produce in a co-production.

The Magicians (US: Syfy; UK: Syfy)

The fact we have essentially gone past the end of the books and are now entering the realm of entirely original material is starting to make me worry, since this season has felt a little lacking in spark and ideas. Escape from the Happy Place was a welcome uptick, though, since it did give us an Alice/Quentin reunion, gave us some proper Elliott action and returned us to some themes that had been forgotten. Oddly, it was a partial flashback episode show, too. I can’t remember the last time I watched one of those.

After something of an extended absence, Magnum‘s back and if not a reboot, it was certainly a recasting of certain character relationships. We also got to see this version of Magnum‘s equivalent to his wife Michelle, here Hannah played by Jordana Brewster (Lethal Weapon). It was also the first episode since the pilot, to which it was a sort of sequel, that had a hint of Fast and the Furious to it, which wasn’t a good thing. Nevertheless, enjoyable as usual thanks to some good jokes and the Higgins/Magnum relationship, which got a little readjustment. I’m intrigued to see how it pans out.

Another fan-fic-esque episode that proved that no one ever dies in Star Trek these days. Absolute nonsense, particularly thanks to Michelle Yeoh’s character’s return, albeit exciting nonsense. Not quite sure where the deep friendship with a fungus came from, mind.

What have you been watching? Including Marvel’s Cloak and Dagger

Reviews of the latest episodes of Au service de la France (A Very Secret Service), DC’s Legends of Tomorrow, Doom Patrol, The Good Fight, Happy!, Il Miracolo (The Miracle), Il Nome della Rosa (The Name of the Rose), The Magicians, Marvel’s Cloak and Dagger, Star Trek: Discovery, What We Do In the Shadows and Whiskey Cavalier […]

Why you should be watching Doom Patrol, explained in one scene