It’s best to think of The Gifted, Matt Nix’s X-Men-free X-Men drama, as the edited, slower, lower budget highlights of a whole bunch of X-Men movies you’ve already seen. Allegedly a look at the X-Men universe from the point of view of lesser mutants once the X-Men and Brotherhood of Mutants have buggered off, it sees mum and dad Stephen Moyer and Amy Acker on the run from the authorities (Coby Bell) when they learn that their two teenage children are mutants. To stand a fighting chance, the family has to tie up with the ‘mutant underground’, which is full of young mutants with their own soapy issues.

Nix could maybe have spun this is an exciting new direction, just as Noah Hawley did with Legion, were it not for a couple of odd choices. The first is to split up Acker and Moyer at the end of the first episode, leaving Moyer to spend all his time with Bell. They do not for an exciting pairing make and rob the show of one of its few points of difference. It also leaves Acker spending her time looking worried about her family while a bunch of whiny other mutants worry about their boyfriends or girlfriends.

It’s not all a loss. Everything looks great, although by episode three, we’re down to pick-up truck chases on empty Canadian country lanes. There’s usually something novel in each episode. It’s also good to see Acker and Moyer starring in something again and the supporting cast of pretty young mutants are reasonably credible.

But it’s just so mundane. It retreads so much old territory while adding so little. And in a schedule full of superheroes, with more to come (eg Black Lightning), that could well be a fatal mistake. 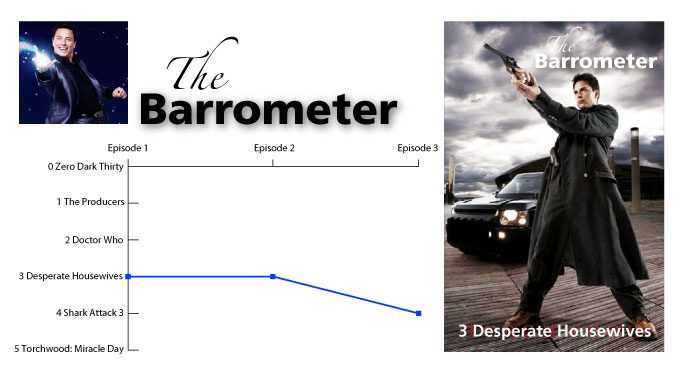