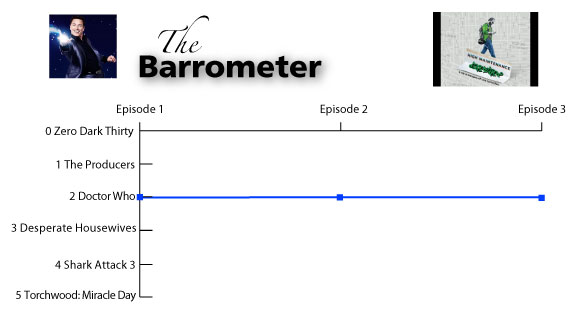 In the US: Fridays, 11pm, HBO
In the UK: Sky Atlantic (probably)

Three episodes into HBO’s High Maintenance, in which a pot dealer (show co-creator Ben Sinclair) cycles around New York delivering his wares to various odd individuals, and its clear that the show is neither a comedy nor actually much about Sinclair. It’s really just a series of character studies about odd New Yorkers that happen to have Sinclair as a linking character. Indeed, even that description is a bit loose, since the latest episode barely featured Sinclair and the linking character was a dog.

What is certainly true is that all those character portraits are very different and unlike pretty much you’ll see anywhere else on TV. We’ve had ageing swingers, hijab-wearing Muslim girls, katana-wielding body builders, dog-walkers and street performers. All of them have been give some beautifully observed scenes that make them seem like reaal people; the show’s also attracted some top name actors to the roles (eg Dan Stevens, Amy Ryan), although most of the parts go to unknown character actors.  Frequently, the stories have had a twist in their tails that take them in unexpected directions, too.

But High Maintenance is not always that funny. Frequently, it’s sad, uncomfortable or there’s a threat of violence. It is, after all, about a drug dealer, albeit a pot dealer. That makes it a slightly harder watch than you’d think and not always an enjoyable one.

So it’s only a cautious recommendation from me, despite the quality of the writing. This may work for you or it might be like Marmite. Give it a try, but I won’t be upset if you don’t like it.

Barrometer rating: 2
What it be better with a female lead? No
TMINE prediction: Already renewed for a second season