Kinder – those slightly surreal people who fill their chocolate eggs with all manner of oddness – currently has a range of Avengers Assemble eggs filled with ‘bobbleheads’. What’s a bobblehead? Well, this is a Captain America one. 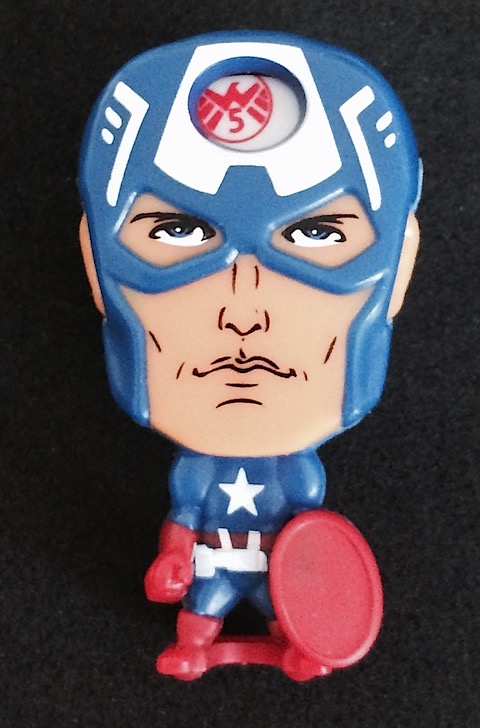 It’s an interesting set of characters. On the one hand, we have characters largely from Avengers Assemble, including Loki and Hawkeye. On the other hand, we also have Falcon (top left) from Captain America: The Winter Soldier and (maybe) The Avengers: Age of Ultron. And no Black Widow or even Maria Hill, who are in both, or Scarlet Witch who’s in the second movie.

Kinder has literally done all it can to ensure there are no female characters in this range.

Allow me to present some expert commentary on this choice:

News: Victoria renewed; Channel 4 acquires This Is Us; Peter Capaldi to guest on Class; + more