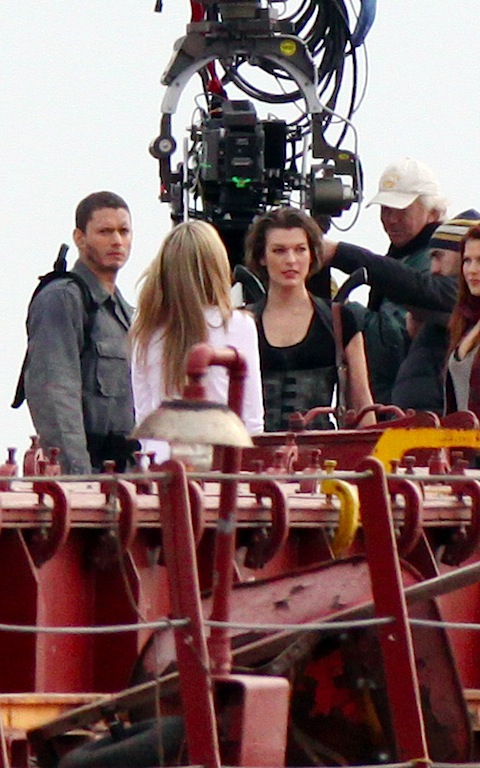 This week, Ali Larter bought a house in the Hollywood Hills for nearly $3 million. Slightly random that – random enough that I don’t have pictures of Ali buying any house, let alone “a 2007 Brian Murphy-designed three-story with an open floor plan with 5,500 square feet of interior space and walls of glass”.

So instead, you can have a picture of her filming the latest Resident Evil movie with Mila Jovovich and Wentworth Miller (of Prison Break) (don’t be fooled by the blonde: Ali’s gone red and is the one on the far right). Mila tweets:

Wow, just finished a scene with Ali Larter and Wentworth Miller on a skiff approaching the huge ship. To say its cold is a joke. A bitter joke.

Of course, Ali and I aren’t wearing much and to make matters worse Wenty is driving the boat himself and crashing it repeatedly! lol!

Okay, not very exciting, even if they are fighting zombies. How about this pic of Ali at the opening of a Burberry store in Toronto? 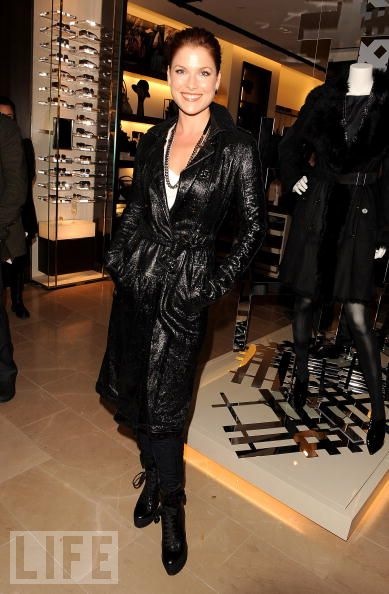 Still no? Okay, you can always watch Ali’s new documentary, The Cause with Ali Larter, which explores Feeding America (apparently 36 million Americans don’t get enough food every day, 12 million of those being children). She also takes a look at Project Peanut Butter, which tries to solve the problems of malnutrition in Africa. She has a Facebook page for it and everything.

Have you seen Ali Larter acting randomly? If so, let us know and we’ll tell everyone about it in “Random Acts of Ali Larter“

Random Acts of Ali Larter: flying to Japan while saving kittens in the rain

Bastard the PVR continues to live up to his name

Bastard, my EyeTV-based PVR, continues to live up to his name
[…]

Random Acts of Ali Larter: On a girls’ night out with Eliza Dushku and friends

Ali Larter is on a girls’ night out with Eliza Dushku