Tension mounts on Engrenages as the police close in on Aziz, we discover that French domestic violence laws need some work, and that France’s witness protection programme needs even more work (because it doesn’t have one).

Not that you’d be getting all that tension necessarily from the subtitles – which need work, too. Spoilers and more after the break.

Plot
Samy goes deep undercover with the Larbi gang. The police are closing in on Aziz, but as usual nothing is straightforward. Joesphine Karlsson is up to her neck in the dealings of the Larbi gang. Clement plays a clever game behind the scenes.

Was it any good?
You know, there’s a very good reason this is called Engrenages: okay, to a certain extent that means ‘spiral’ but it also translates as cogs or things that spiral into something else. And things spiralling off into the unforeseen is what this episode was all about.

The police
In typical Engrenages fashion, you can only be filled with patriotic pride for the British legal systems as you see what disastrous cock-ups are occurring over in France. The police have themselves a witness to Aziz’s ‘barbecue’ of an informant, in the shape of the young boy who filmed it in episode one. This is enough for Judge Roban – with a little persuasion from Clement and Laure – to have Aziz arrested.

Unfortunately, the police are spanners. They bandy his name around the police station in front of Aziz, don’t have a proper secure line-up room and then screw up the paperwork so that Aziz has to be set free. They’re damn lucky they don’t get done for beating him as well. It’s no surprise that even Roban is thinking maybe Laure’s not as good as she should be.

Our first true WTF moment comes from the revelation that there’s no way to protect witnesses in France, with Laure feebly offering the boy’s mother some money for a hotel room.

It doesn’t take long for Aziz to find out who’s grassed him up and kidnap him – more on that later though.

Karlsson
Meanwhile, Karlsson stares into the Abyss, and it stares back at her. After trying to win the Larbis away from Szarbo having nicked their phone number after shagging him last episode, she goes on a roundtrip of gold dealers for the Larbis, only to discover unexpectedly that they don’t like her underhandedness. They’ve told Szarbo what she’s done and ordered him to fire her.

Fortunately for her, Aziz’s arrest means that he needs representation and the Larbis can’t have Szarbo turn up and link them to him. So Karlsson has to help Aziz – she’s the one who spots the police’s paperwork cock-up.

But it’s clear Karlsson is not having a happy time of things, what with the continual threats of being killed, raped or both that she gets from the people she’s supposed to be representing. But she’s tough and pushes through it all, even if it does all mean she gets called a prosi at every available opportunity.

Samy
Once again, if there’s a bright spot in the French police, it’s Samy. He’s successfully ingratiated himself into the Larbis’ good books. He’s also ingratiated himself with Laure – although turns her down when she offers him a trip back to her place – and spotted Karlsson getting the blunt end of the Larbis’ stick. Let’s wait to see whether Samy spots Karlsson down the police station first or vice versa, given he appears to go back there every night, despite being undercover.

One other bright spot for French policing is that the crims are all pretty incompetent, too. Aziz may kidnap the witness against him, but the Larbis set him free then kill Aziz. They also get ambushed by some Yugoslavs selling guns. Mind you, the Yugoslavs selling guns don’t actually use those guns to ambush them, so clearly criminal incompetence is common among criminals in France, whether they come from there or not.

Clement
Clement’s the big mystery here. What’s he up to? Is he totally in it for himself? Is he trying to help people? What’s going on inside all those plans of his?

This week, a minister approaches him for help with a domestic violence accusation made against him by his wife. Now, she’s beaten severely enough that she has to go to hospital for observation for 15 days.

But French law is such that if it’s for less than eight days, a tribunal and mediation are possible, rather than simply having his balls nailed to a door.

So that’s our first WTF of Clement’s storyline this week, not just from the bizarreness of French law, but also because his boss, wanting to gain political favour, gets the coroner to recertify the stay as only seven days.

Clement, however, is keen to show up his boss. He meets up with the prosecutor who wants to use the minister to set an example, then reports back to his boss that the prosecutor is on their side. He’s also juggling the journalist who ran a story on him in episode one, trying to get her to support his efforts and publicise the minister’s crime.

But some of his actions seem to suggest that he might be willing to cover up the crime. What do you think? Did I miss some nuance?

Why? It’s just too hard to tell, but it does make Clement look more adept at political life than he has of late, wherein he’s seemingly been buffeted from one situation to another, without any real skill.

Overall
Quite a tense episode this one. Samy’s undercover work is nailbiting, Karlsson’s brushes with the dark side even more so and the domestic violence sub-plot filling you with more outrage than a typical edition of the Daily Mail. There was also an honest to goodness car chase thanks to those crazy French stunt drivers, admired around the world. And as always, we were able to rely on the Engrenages producers to give us what we want: scary insights into the French justice system. Man, how do they live like that?

The despatch of Aziz by the Larbis was surprising, since the writers (and the actor) had done such a good job of making him truly frightening and the Larbis look more like underfed nerds who’ve wandered in from an episode of The IT Crowd. It also leaves the police investigations looking a little bit fragile and with nowhere to go now, short of Samy turning up something useful.

The writers have done a good job with him, making us like him almost more than the season one characters still with us. In part, that may be because this season of Engrenages has felt a little character-lite and more plot-focused than the first season, making Samy the one who’s received more of the character moments as a result. He’s also a purer, nicer character than the others, with nothing especially selfish or screwed up about him. Anyone reckon he’s going to get shot by episode eight?

We’re two episodes away from the end now, and with the removal of Aziz, it makes me wonder where the story is going. Aziz’s menace was obvious, whereas the Larbis seem far more nebulous in their threat. We’re going to need greater insight into their crime empire and machinations if the season is going to end with anything other than a whimper, but I have faith.

The subtitles
Time for a brief aside about the subtitles, here, I think. I’m starting to get a bit fed up with them. It’s not because they’re unnecessary or utterly wrong – far from it.

But they are failing to translate some lines at all, and frequently, they lose a lot of style and subtlety, while being kind of prissy. Without wishing to be too funny, sure, you’d expected to lose something in the translation: a challenging “À demain” becoming “See you tomorrow then,” and an equally challenging “Quoi?” becoming “Do you mind?” aren’t really going to affect our viewing pleasure too much.

But there are worse crimes going on that are damaging our impressions of characters. The foul-mouthed Karlsson, trying to assert herself against a misogynistic criminal underclass in French, is polite as polite can be in the subtitles. She may want to drop her client “comme une merde” in French, but in English, she wants to drop him like a ton of bricks. And is she “bad in bed” or a “mauvaise …”? Well, I’m not even going to fill in the blank with the word she actually used.

Imagine The Wire robbed of its linguistic power and you can see Engrenages diminishing severely thanks to some very BBC subtitles (something that the Swedish version of Wallander managed to escape on the same channel). Come on guys. We’re adults, watching an adult programme – give us some credit.

What have you been watching since Christmas? Including Mr Selfridge, End of Watch, The Hobbit, Premium Rush, Doctor Who, Elementary and Last Resort

What TV shows and movies I’ve been watching this week 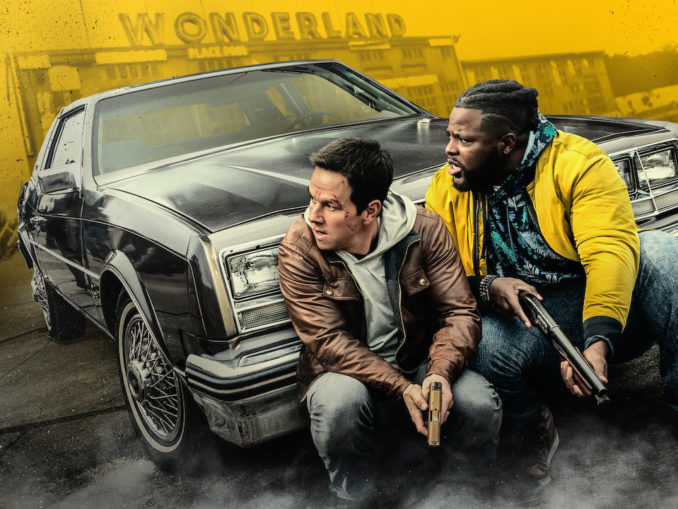