Last week, I looked at Making Waves, a now-cancelled ITV drama series designed, in part, to educate the great British public about the Royal Navy and its vital role in the world. It’s now grown on me so much that I’ve gone to the ridiculous lengths of VideoBoxing it, stapling all the individual parts together with QuickTime Pro, fixing the aspect ratios, then exporting it to my iPod so I can watch it on the go.

But by bizarre freaky coincidence, there’s a new series on Five – which is why I overlooked it – that is almost the exact same show but done as a documentary.

Let’s compare and contrast, so we can decide which one we’d rather watch.

END_OF_DOCUMENT_TOKEN_TO_BE_REPLACED

Well, you should all have seen this now. It was on US TV last week, Sky One last night, so that’s all the bases covered. Nevertheless, follow me over the jump, to preserve the sensibilities of those who Sky+-ed it.

END_OF_DOCUMENT_TOKEN_TO_BE_REPLACED

Where does he get these wonderful ideas? Wouldn’t you just give anything to have the creativity of Steven Moffat? Everything he writes seems to have some concept designed purely to scare the crap out of kids – and adults – that no one’s ever thought of before.

The man’s a genius.

All the same, as brilliant as the first part of this two-part Doctor Who story was, it wasn’t complete perfection. And there were several guilty culprits.

END_OF_DOCUMENT_TOKEN_TO_BE_REPLACED 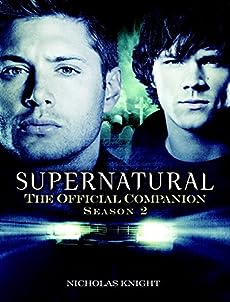 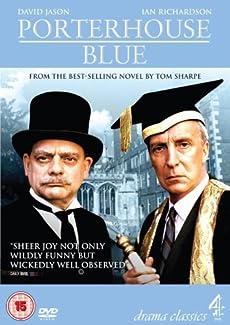 The waiting’s over and at last, I can reveal the winners of Supernatural: The Official Companion (Season 2) are… Mr and Mrs Espedair! I hope they both enjoy it.

Later this week, there’ll be another competition, this time to win a copy of Porterhouse Blue on DVD. Keep your eyes peeled.