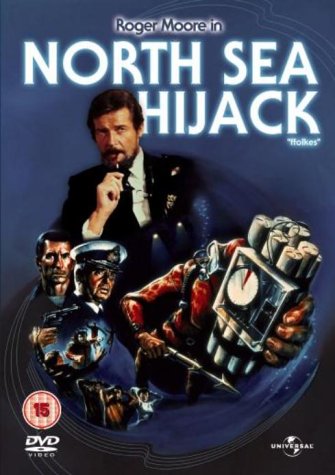 It’s an off-repeated mantra that there are too many repeats at Christmas. Oh look, here’s a Liberal Democrat spokesman doing it now (seriously dude, have you nothing better to do?).

Yet, it’s patently not true any more. Yes you can barp on about how every Christmas, you always get The Wizard of Oz*, The Great Escape**, etc, but if you actually look in the schedules, for the most part, there is a complete lack of the supposedly oft-repeated collection this year. The controllers have listened, and now our cultural Christmas heritage is no longer there to be enjoyed by a new generation.

Now it’s not like British TV ever reached the US’s dizzying levels of shared re-run heritage – we’ll never beat Rudolph the Red-Nosed Reindeer, which has been airing pretty much every year since 1964 and now gets repeated several times each year over Christmas. But there are films and TV shows that used to come out every Christmas, that we all used to watch because there was nothing else on, but because they’re not on any more, no one over a certain age will have a clue about***.

This is a shame. Whither goes our shared cultural heritage? If there’s a supposed literary canon that everyone must have read to fully understand British culture (Shakespeare, Austen, Milton, the Bible, Burns, the Mabinogion, Dylan Thomas, etc), surely there must be a film and TV canon that must be seen by all literate citizens in order to understand their own cultural history?

So, my friends, I’m suggesting we start putting together our collective heads to decide this canon – which will henceforth be called The Canon, it’s so important – so that we can petition for their educational repeating every Christmas.

I may – or may not since I’m quite unreliable sometimes – be slowly assembling a list over the coming week of films and TV programmes that are quint-essentially British and that everyone should have watched at some point in their lives.

But – IT’S A MEME EVERYONE – feel free to add your suggestions for additions to The Canon in the comments section below or on your own blog, leaving a link below so we can all read them together. I’m guessing Doctor Who will figure in it somehow.

I’m going to get the ball rolling with something that someone has already sent me for Christmas – Roger Moore in North Sea Hijack.

North Sea Hijack is ludicrous, but it’s a great movie of the 70s****. Starring Roger Moore as Rufus Excalibur Ffolkes (and you thought Stringfellow Hawke had a monopoly on stupid action hero names), it features Anthony Perkins as a terrorist intent on ransoming the British government by hijacking a North Sea oil rig.

As well as doing its 70s’ best to capitalise on the recent discovery of North Sea oil and therefore make the film relevant, the movie has all the great big marks of 70s cheese that having Roger Moore in your cast brings you. Yes, he is the most intelligent and most hardcore anti-terrorist strategist in the world. He can take them all on, armed only with a massive beard and moustache plus a pair of dancing eyebrows, and they’ll be quivering in their seat.

His plan isn’t the best and involves all sorts of silliness that could be easily circumvented if he’d just bothered to hire the SAS (should Who Dares Wins be part of The Canon?), but that’s not the point.

The point of the movie is that it tries to tread the world stage of action thrillers – back when we still gave it whirl every so often – but with British production values and idiosyncrasies. We really believed Roger Moore was an action star. We thought that a British eccentric who could do the Times crossword in under 10 minutes and who prefers cats to women after being raised cruelly by his aunts, was the best thing to do this.

UPDATE: Thanks to Tobe’s reminder that the US name for the film is Ffolkes, I was able to find this YouTube clip. If you’ve never seen the film, it does spoil the ending; otherwise, it’ll bring back memories!

** Admittedly, it is on this year, but only as part of “Top Gear night” on the 23rd, which kind of proves my point really. It’s only by people forcing the Beeb, et al to acknowledge The Canon that it’ll get repeated

*** I know this for a fact because I trounced some youngsters (ie people aged less than 30) at a Christmas party playing Scene-It 2 on the XBox this weekend because of the simple fact they’d never seen a black and white movie in their lives. And I did get 16,000 points in the final round. Ha!

**** Juggernaut is even better but much as I’d like to include it in The Canon, you can get by in life without having watched Juggernaut