Interesting piece over on Newsday about how the ability to download whole episodes of The Office from Apple’s iTunes Music Store saved it from cancellation. 30 Rock might also be a beneficiary of this phenomenon as well, as might Studio 60. 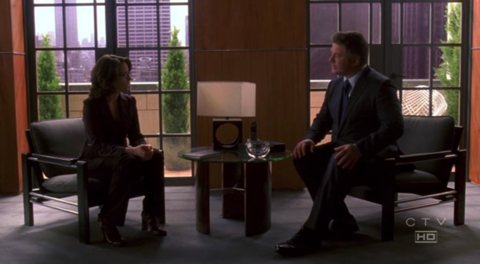 Third-episode verdict time for 30 Rock. A big thumbs up from me now, after having had a few reservations about its first episode. Tina Fey and co have looked at the pilot, asked themselves what their weaknesses were (drama) and what their strengths are (comedy, Alec Baldwin) and rejigged everything accordingly.

So there’s a far higher density of cracking comedy per minute than drama and Alec Baldwin is getting the well deserved spotlight. His character is an inadvertently evil executive who has developed demographics to such a fine art that he can sum up anyone by their demographic group with just a glance, a talent that reaches a climax in a dead-on Hannibal Lecter-esque analysis of one character in the third episode.

Despite its low-ratings, I’m hoping this will continue (and get picked up by a network in the UK). It doesn’t quite have that must-see quality that will keep you coming back, but if you do, you’ll be glad you did.

If you worked for a US network and you wanted to remake a sitcom set in a home for the disabled, who would you get? The Farrelly Brothers, of course. So naturally, that’s whom NBC has hired to retool BBC3’s I’m With Stupid.

That’s quite handy since both 30 Rock (which is very good) and 20 Good Years (the second episode of which I only got halfway through, it was so bad) are not doing at all well in the ratings. Perhaps NBC was right to talk about cutting back on its scripted comedy.

The first is by award-winning writer Aaron Sorkin, creator of The West Wing. The second is by Saturday Night Live alumnus, Tina Fey. Which one’s going to be better? Go on, go on. Which one, which one?