If there’s one thing I’ve learnt over the past few weeks, it’s that being stuck indoors all day makes it really hard to watch TV. Not only is there paradoxically less time than normal to watch things, I also have less inclination and focus for it.

Even Wittertainment’s Simon Mayo confesses he’s finding it hard to muster his attention sufficiently to watch movies at home. And he’s paid to do it for the BBC’s flagship film programme.

That’s before we start thinking about the fact there aren’t even any new movies coming out at the cinemas any more. Or cinemas.

As a result, TMINE’s Orange Thursday feature – in which I review a couple of movies every week – has withered on the vine of late. Sorry about that.

But not to worry. Because here’s a replacement: Covideodrome, in which I review (whenever the inclination grabs me) a movie, maybe on a streaming service, maybe on TV, maybe even on DVD, that we’ve all probably seen so can talk about. I might take in a few new movies, too. And it’ll happen when it happens. No pressure.

First up is Sliding Doors (1998), a movie you’ve almost certainly watched, probably when you were younger and maybe even hipper (is that possible?), but which you probably haven’t rewatched since – but probably should.

That’ll be coming up after the jump. But first, the trailer. No ads, because we’re not at the cinema obvs and we’re using streaming services. I’m surprised this whole blog post doesn’t just autoplay.

END_OF_DOCUMENT_TOKEN_TO_BE_REPLACED

The Devil is a character who, for obvious reasons, pops up a lot in Western art and literature. Usually he’s there to lead the heroes into temptation or to act as an antagonist, someone who chases the heroes. Occasionally, he’s humanised and revealed to be part of God’s plan – for example, Bedazzled, with Liz Hurley playing the Devil as just misunderstood.

Rarely though is the Devil the hero of the piece. Or should that be anti-hero? Rarely does anyone ask how he feels about the whole set-up or ask what his plans are, while simultaneously depicting Old Nick as basically malevolent.

So the 1990 movie Mr Frost is a wonderful delight that you should get if you can. In it, Jeff Goldblum plays the seemingly ordinary Mr Frost – well, ordinary until it’s revealed that he’s a serial killer who’s killed dozens of people and buried their bodies in his back garden. He’s declared insane and taken away to a mental asylum where for two years, he refuses to say a word. That is until he meets psychiatrist Sarah (Kathy Baker). Frost claims that he’s the Devil himself. But what is the Devil doing in a mental asylum? Why would he allow himself to be captured? What does he want?

Well, if God moves in mysterious ways, surely the Devil must too…

Here’s a really bad trailer. Try to ignore the voiceover for starters.

END_OF_DOCUMENT_TOKEN_TO_BE_REPLACED 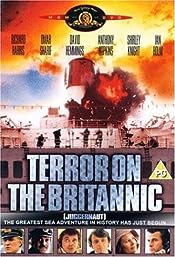 If you’ve watched enough movies and TV shows, the idea of the ‘ticking bomb’ should be familiar to you. You know: there’s a bomb, it’s got to be defused, usually by snipping either a red wire or a blue wire, and there’s only a few minutes or seconds to do it in.

Normally, you’ll find this in a single episode of a TV show or maybe in the final act of a film and it’ll usually be just a regular cop or soldier doing the disarming, rather than a heroic bomb disposal expert – typically they‘re running late. Equally rarely will the ticking bomb scenario last the length of the entire movie or TV show or the bomb be any more complex than just that red-blue question.

In fact, off the top of my head I can only think of Danger UXB and occasionally The Unit really focusing on bomb disposal on TV; in the movies, even Speed didn’t dwell on disarmament, only evasion, and Quatermass and the Pit didn’t have a bomb, only a spaceship everyone thought was a bomb.

Juggernaut (also known as Terror on the Britannic), released in 1974, is perhaps the only instance of a movie that deals exclusively from beginning to end with the defusal of a single bomb and that features a heroic bomb disposal expert at the centre of the action.

Set on board a luxury liner travelling across the Atlantic, the movie sees Richard Harris try to disarm seven identical and highly complicated bombs designed by a man calling himself ‘Juggernaut’. The first film to develop the ‘red wire/blue wire’ dilemma, it’s a tense piece directed by Richard ‘Superman II‘ Lester, with dialogue by Alan ‘Beiderbecke‘ Plater, that while featuring an all-star cast is in reality a mesmerising monologue by Harris and a musing on the nature of death. It’s a movie you should own.

END_OF_DOCUMENT_TOKEN_TO_BE_REPLACED

¡Madre Mia! I’ve finally got round to writing it. The reasons you should own Manhunter! Will wonders never cease?

As far as most people are concerned, The Silence of the Lambs was the film that introduced serial killer Hannibal Lecter to the world. Starring (Sir) Anthony Hopkins as the ex-psychiatrist and people-eater, it was one of the first horror movies to do respectably at the Oscars and catapulted both Hopkins and Jodie Foster, who played the FBI agent trying to mine him for information, into the league of A-list stars.

Since then, we’ve had Hannibal and Red Dragon, both starring Hopkins as Lecter, and young Lecter movie, Hannibal Rising – all to diminishing effect.

What not many people realise is that back in the 80s, Michael Mann, director of Heat, Collateral, The Insider and Last of the Mohicans as well as creator of Miami Vice, had already adapted the original Lecter novel, Red Dragon, as Manhunter.

Way before Millennium, Profiler and CSI made popular forensic science, psychological profiling and the idea of thinking inside a killer’s mind to catch him, it featured CSI‘s William Petersen as Will Graham, the man who caught Lecter by risking his own sanity and daring to think the same thoughts. Equally notably, it also featured Brian Cox as Hannibal – and he’s a damn sight better than Anthony Hopkins.

Which is why Manhunter is a movie you should own. Here’s the original trailer for Manhunter – forgive it for being made in the 80s.

END_OF_DOCUMENT_TOKEN_TO_BE_REPLACED

But there was a bigger and better “killer virus” film to come, one that marked the end of many of the trends The Satan Bug seemed to start – or at least coincide with.

The title of this movie, which you should definitely own, is now used by virus researchers whenever they want to put a name to their worst nightmare: a virus that they can’t cure but is utterly contagious and can kill anything in a frighteningly short space of time.

It’s The Andromeda Strain (1971) and it’s probably the best, clever-stupid “killer virus” movie ever made.