Gosh, I was expecting a lot of acquisitions and airdates this week thanks to the LA screenings, but maybe not quite so many and so many countries that aren’t the US. On the acquisitions side, Netflix picked up a whole slew that don’t yet have premiere dates: Northern Rescue (CBC Canada); Ultraviolet (AXN Poland); Champions (NBC US); Marlon (NBC US); and Somewhere Between (ABC US). In fact, some of those haven’t even been made yet.

On top of that, Starz only went and launched a UK version of its network today called Starzplay. As well as a whole bunch of old shows, Sweetbitter and Vida (maybe I will get round to reviewing it one day…) are on there , I noticed. No sign of Counterpart, unfortunately, which suggests that maybe they’re holding out for a buyer for that, although the press release does say Starzplay is going to host all future Starz shows, so maybe there are some rights things going on behind the scenes. Whatever the case, with that catalogue, I’m not sure it’s worth the £4.99 a month price tag, though.

On top of that, we’ve got premiere dates for the following new and old acquisitions, too. Credit to TV Wise, The Killing Times and Fans of European and World TV Dramas for these: 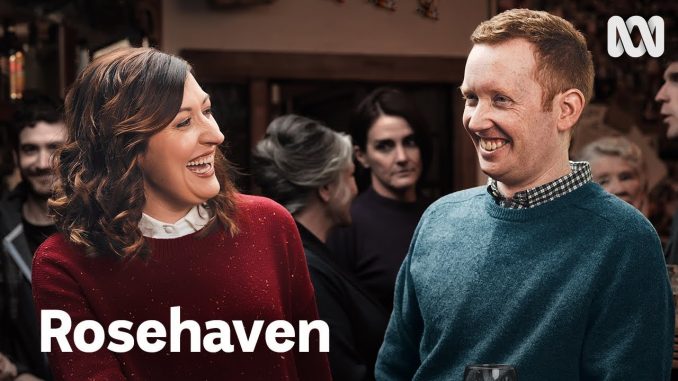 Nerdy Tasmanian returns to his home town to help with his mum’s business. Fortunately – or maybe unfortunately – his best friend comes with him.

I gave up after an episode because I found the two (real-life) friends far more irritating than endearing. 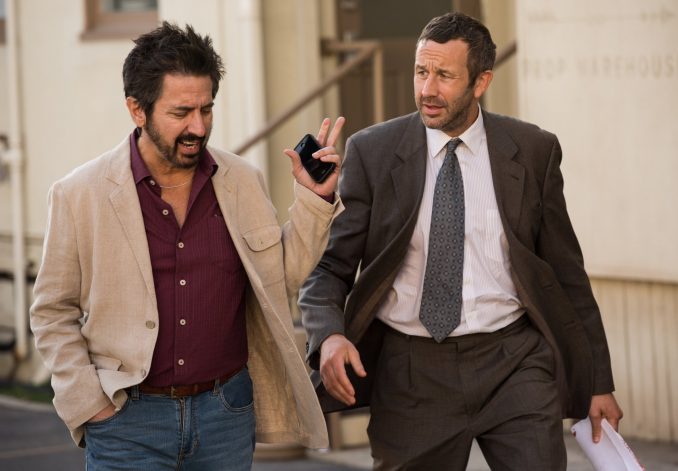 Started in the US while I was on holiday, so I’ve no idea if it’s any good, although given it’s based on an Elmore Leonard novel, you’d hope. Here’s the spiel:

Get Shorty follows Miles Daly (Chris O’Dowd), muscle for a Nevada crime ring who tries to become a movie producer in Hollywood as a means to leave his criminal past behind and win back his recently-estranged family. There, he meets Rick Moreweather (Ray Romano), a washed up producer of low quality films who is desperately hanging on to the rungs of Hollywood relevancy and begrudgingly becomes Miles’ partner and guide through the maze of show business. Along with his criminal associate Louis (Sean Bridgers), Miles attempts to keep his worlds from colliding as he balances the demands of filmmaking while keeping the suspicions of the crime ring’s chief – and production bankroll – Amara (Lidia Porto) and her dangerous nephew, Yago (Goya Robles) at bay.

Also involved in the production is ambitious studio executive April Quinn (Megan Stevenson), who started in the business as Rick’s assistant, as well as Miles’ beloved daughter Emma (Carolyn Dodd) – despite objections from Miles’ estranged wife, Katie (Lucy Walters). The ten episode, which is in part based on the Leonard Elmore novel, was developed for television by Davey Holmes and is produced by MGM Television. Holmes also serves as an executive producer alongside Allen Coulter (The Sopranos, Damages) who also directed the first episode. Adam Arkin (The Americans, Billions) directed three episodes of the series and is also a co-executive producer. Epix has already ordered a ten episode second season. 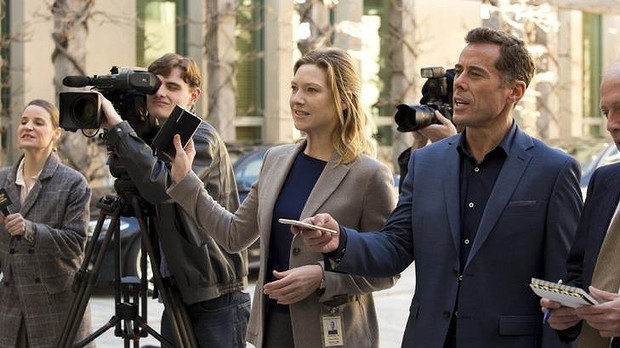 Anna Torv is a star Australian reporter who uncovers a top secret cover-up that suggests there may even be a Chinese mole in the government. This was one of TMINE’s top shows of 2016 and has been renewed for a second season, so give it a watch (after having read the reviews, first, obviously)

Not seen it, but it’s France 3 so could go either way:

In a small and quiet village in the Ardennes, a 16-year-old girl disappears in the forest in the middle of the night. Captain Gaspard Deker, former military and freshly arrived, leads the investigation with Virginie Musso, the local police officer. Soon enough, the leads multiply and one after another the villagers are listed as suspects. Stars Samuel Labarthe and Suzanne Clément.

Wales’ own Ioan Gruffudd plays a brilliant forensic pathologist who with family issues, as well as quite a (surprisingly) deep dark secret of his own, which may or may not involve murder – will his colleagues ever find out and be able to pin it on him? A good combination of serial and episodic mystery that’s usually quirky good fun, sometimes all out comedic, sometimes serious, sometimes just plain silly. But ultimately, it’s really all about Ioan Gruffudd and his performance – which is great. Renewed for a second season.

The Daily News will return on Tuesday

Every week (or fortnight), Weekly Wonder Woman keeps you up to date on everything involving DC Comics’ premier superheroine

Not much news since last FWW. However, there’s now a trailer for the next DC Animated Universe movie, The Death of Superman, based on the 90s comic strip of the same name, in which Superman got clobbered by Doomsday (Ed: This is the second animated movie adaptation, on top of Batman v Superman, of that strip. Get some new ideas, DC).

Unlike the original comic, which IIRC didn’t feature any other superheroes bar Supes, this has got the rest of the Justice League in it, including our Diana (Rosario Dawson), who seems to get beaten up a lot. Hmm. Also, isn’t Superman supposed to be dating Wonder Woman as per the nu52 in the DCAU?

That’s out somewhere between July 24 and August 7 in the US, depending on whom you ask.

After the jump, let’s talk comics with the latest issues of Wonder Woman, Justice League: No Justice and The Brave and the Bold. See you in a mo!