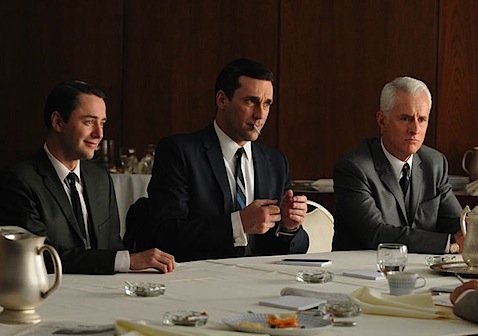 I’ve given up on a few shows over the last fortnight, most notably Leverage, which has been boring the pants off me of late (YMMV), and Rizzoli & Isles, which made Women’s Murder Club look like a documentary. But here’s what I have been watching

But what have you been watching? Anyone catch The Pillars of the Earth?

As always, no spoilers unless you’re going to use the <spoiler> </spoiler> tags, please. If you’ve reviewed something on your blog, you can put a link to it here rather than repeat yourself (although too many links and you might get killed by the spam filter). 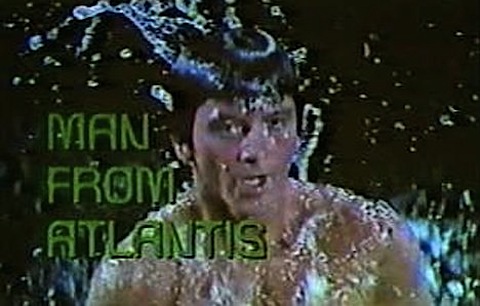 Back in the 70s, Doctor Who was a ratings juggernaut. If you were ITV, you aired a show opposite it at your own risk, knowing it probably wouldn’t survive the ordeal. But some shows did survive and even beat Who in the ratings. Ask many a Whoer, and they’ll know that Buck Rogers in the 25th Century was one of those victors, but few realise that Man From Atlantis, a short-lived show that did badly in its native US, actually beat Doctor Who on several occasions.

Could it be a fit man without many clothes on was the reason? If Doctor Who was for the dads, then what were mums watching…?

Man From Atlantis saw Patrick Duffy – best known now as Bobby Ewing in Dallas, in which his character cheated death by revealing an entire season of the show was just a dream – as “Mark Harris”, an amnesiac who is possibly the last survivor of the lost continent of Atlantis. In the first of four TV movies that launched the series, “Mark” is washed ashore near a naval research base, where he’s nursed back to health by Doctor Elizabeth Merrill (Belinda J. Montgomery – best known now as the mom of Dougie Howser in Dougie Howser MD). “Mark” turns out to be able to breathe underwater, withstand extreme depths and has superhuman strength.

Despite the fact Mark’s hands and feet are webbed, Merrill isn’t put off and recruits him to join the Foundation For Oceanic Research, a government agency that explores the depths of the ocean in a sophisticated submarine called the Cetacean, doing spy work and fighting aliens – yes, it was that kind of show. There was even some time travel, with Mark going back to the Wild West and Romeo and Juliet’s Italy. However, his main enemy is “Mr. Schubert”, who in typical Bond villain stylee, has a secret underwater base and plans to take over the world with nuclear missiles, giant jellyfish, melting the polar ice caps – that kind of thing.

Despite the success of the four TV movies, Man From Atlantis only lasted 13 episodes as a TV series – largely because it was pretty dreadful, even by the standards of mid to late 70s US sci-fi. Only the pilot movie has been released on DVD and only in the US. Nevertheless, it was iconic enough that it proved the making of Duffy’s career.

Here, though, for your enjoyment is its weird old title sequence, featuring Patrick Duffy without many clothes on, as well as a few clips that show just what a big old pile of pants it was. 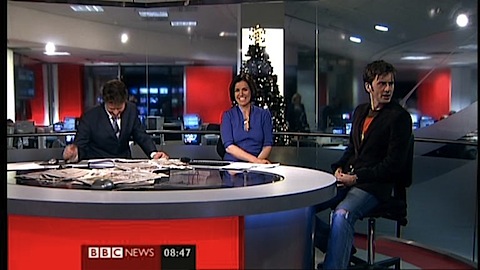 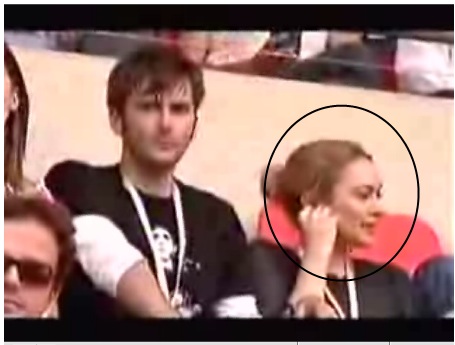 This Friday, Sitting Tennant is coming towards you so quickly, you might perceive some motion blur. Have a nice Tennanty weekend.

The best pic in the stash each week will appear on Monday and get ten points; the runners up will appear on Friday (one per person who sends one in) and get five points.

You can also enter the witty and amusing captions league table by commenting on Monday’s Sitting Tennant photo, the best caption getting 10 points, everyone who contributes getting five points.

I want you to hit me as hard as you can.

Wait. Allow me to begin earlier…