Just came across this delightful radio conversation between HG Wells and Orson Welles from back in the day, discussing – you guessed it – War of the Worlds. It’s about seven and a half minutes long, so enjoy.
Watch out: it auto-plays! 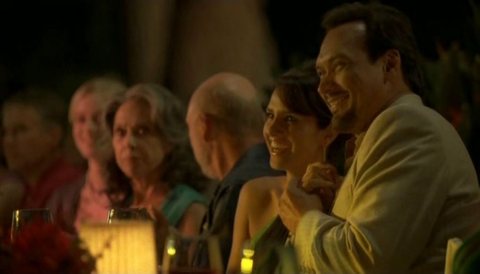 In the UK: Acquired by ITV

Phew. That was a close one. For one horrible moment, I thought we had on our hands a Latino version of Brothers and Sisters, one of the most tedious and scum-filled shows in TV history.

Gosh, which one of us will inherit the fabulously business empire? Shall we go into bioethanol or alcohol production?

Fortunately, we have something a bit lighter, a bit frothier, with a bit of darkness and intrigue. It’s still a slightly tepid affair, but it’s far from the worse family saga I’ve ever seen. That’s Brothers and Sisters. Were you not getting that?

END_OF_DOCUMENT_TOKEN_TO_BE_REPLACED

Once a time, Babylon 5 was the bee’s knees of sci-fi television. With a five-year arc full of surprises and effects entirely created using CGI for the first time, it was geared towards an adult audience from the outset. Even when Deep Space Nine upped its game, Babylon 5 still got the geek love.

Then things went wrong. Its five-year arc got compressed down to four years when it looked like the show wasn’t going to be renewed. Then the show got renewed and a fifth year had to be grafted on. That season wasn’t at all good and the love began to ebb away. The sequel show, Babylon 5: Crusade, got cancelled before the end of the first season and the follow-up pilot didn’t even get commissioned for a series.

Ten years on, it’s back as a straight-to-DVD movie, Voices in the Dark, which could be the first of many stories featuring the surviving members of the original cast. Can it recapture what it once had or has it finally had its day?

END_OF_DOCUMENT_TOKEN_TO_BE_REPLACED

Spike TV is very much the FHM of TV stations. Babes and violence are much its calling, with adolescent boys its audience. It’s tried to go up-market already, with the abysmal Blade: The Series. That didn’t work out at all well.

Now it’s trying again with a mini-series starring John Leguizamo and Donnie Wahlberg. Leguizamo is an ex-soldier, who together with some of his former comrades in arms, decides to rob a bank. Wahlberg is the cop who has to deal with him when it goes wrong.

It’s pretty much a by-the-book police action-thriller, with plenty of shooting, although it has a reasonably taut script thanks to James DeMonaco, writer of The Negotiator. And Leguizamo is very much a character in the same vein as Robert de Niro’s Heat crim – all military efficiency and planning.

It’s Wahlberg’s character who’s the odd, convention-defying one. He’s a sub-editor gone mad. He’s a kick-ass kind of guy, fed up with people’s bad grammar and punctuation, and he isn’t going to take it any more.