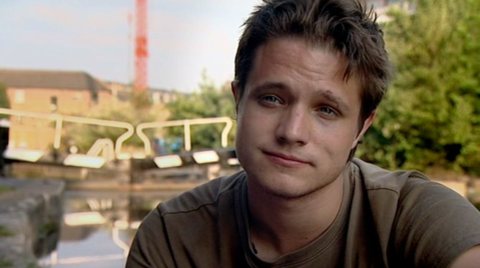 In the UK: Wednesdays, 9pm, Channel 4

In the US: Not acquired yet

Ben Way is a tosser. Or at least, you take one look at him and think “What a tosser”. He has that posh-boy haircut and posh-boy voice. He has a posh suit and posh monogrammed cufflinks, one marked B, one marked W. If it weren’t for the fact that someone seems to have done it already, you might be inclined to punch him.

But that’s prejudice for you. Millionaire he might be, but he’s from a poor, single-parent family and is a self-made man, having spent the last decade building up his own business. And he’d like to give some of his riches to some deserving causes. To this end, he goes undercover on a Hackney council estate to decide which person most deserves thousands of pounds of his money – all while escorted by a film crew.

Ben quickly latches onto people at The Pedro Club, a youth centre staffed by volunteers that’s pretty much all most of the kids have for entertainment of an evening. It’s woefully underfunded and was closed for two years after having money and kit stolen. Then there’s James, a former professional boxer, who’s spent 15 years doing all he can to help the kids in his spare time.

Throughout the show, made by the production company behind Wife Swap, a strange cognitive dissonance springs up. On the one hand, you have all the hallmarks of Wife Swap in every shot: the same shooting style, the same narrative style and so on. Plus you have the slightly annoying, slightly patronising Ben Way wondering where to spend his oodles of cash.

But in sharp contrast, you realise that despite the fact this is reality TV, you’re actually seeing a halfway decent and rare look at everyday life in one of the worst parts of the country. It’s not one of those “mission to Africa” style documentaries where everything is a tragedy: The Secret Millionaire shows both the good and the bad of life on this particular estate. And despite Way’s annoying qualities, he comes across as a decent bloke, trying to do his best for the people he meets.

At the end, when Way hands over the cash, it’s genuinely moving to see how much he affects people as a result. I had little tears in my eyes, I did. And he doesn’t just hand over the cash and leg it: he’s still volunteering down The Pedro Club, of which he’s a trustee now.

What’s amazing is that this is a series. They’ve found a whole group of millionaires prepared to hand out their cash. Isn’t that a very nice thing indeed? It might be rough around the edges; it might be too close to Wife Swap for comfort; but it’s heart is in the right place. Watch it and be moved.